Samsung Galaxy Grand Announced, A Galaxy S III Look-alike With A 5-inch Display, Here’s Everything You Need To Know

The Samsung Galaxy S III takes pride of place as the biggest selling Android device this year, like the Galaxy  S II did last year, and similarly to the manner in which we expect the Galaxy S IV to next year. With that said, it’s quite an expensive gadget, and those with slightly less in the way of disposable cash will be looking for alternative products. The Galaxy S III Mini is a good option for those with expenditure constraints, but if your main attraction to the S III is its sheer size, you’ll likely have overlooked the smaller alternative version. If you want a cheaper S III that doesn’t compromise on the size, you’ll be enthused to learn of the Samsung Galaxy Grand, which while less-powered than its flagship cousin, looks almost identical, and packs a healthy 5-inch display.

It looks uniformly like the Galaxy S III, and with numerous rumors in the past touting its eventual release, Samsung has officially announced the device by means of a press release. 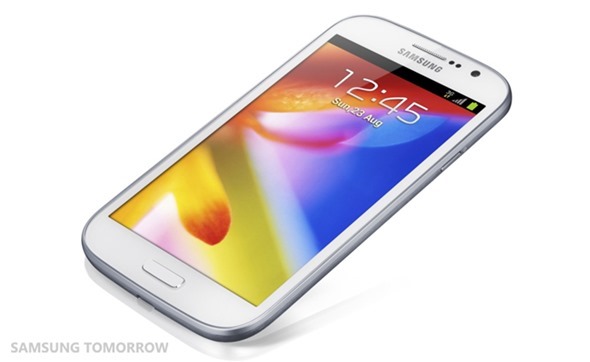 It will undoubtedly be significantly cheaper than the S III, yet while the display may still be on the large side, its resolution will not be as sharp as most of your higher-end smartphones on the market. The 5-inch WVGA churns out a mere 480 x 800 resolution (187 ppi), which is even perhaps below what many mid-range smartphone users would deem to be an acceptable resolution.

It packs in a reasonable 1.2 GHz dual-core processor, 1GB of RAM, and 8GB of storage space – although that can be expanded via the microSD slot. The rear-facing snapper – like most smartphones released this year, is of the 8-megapixel variety, while the front-facing video chat camera is a 2-megapixel affair. It packs in a 2,100 mAh battery to keep things ticking over, and runs on Android 4.1.2 Jelly Bean.

There will be two different configurations of the Galaxy Grand. The first will offer dual-SIM capabilities, and will release as model number GT-I9082, while the second – the GT-I9080 – will boast only one SIM tray. 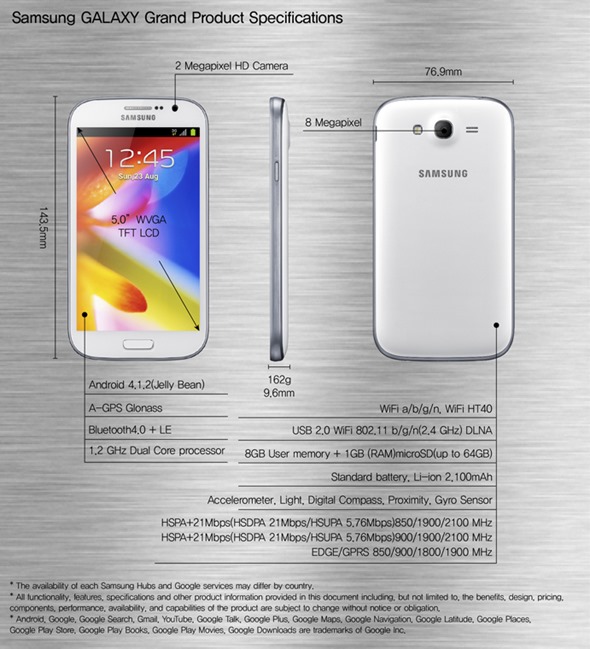 No details have been released regarding pricing or availability, although considering its specs, you won’t have to spend an arm and a leg to get hold of one.