The last few months have produced a veritable feast of fantastic and powerful smartphones for consumers to choose from, and the fast-paced industry shows no signs of slowing down as the world’s largest smartphone vendor has lifted the lid on their latest creation. In a press announcement coming straight from Seoul, Samsung Electronics have officially announced the Galaxy S III mini smartphone that we have been hearing so much about over the last week, with it being billed as "compact yet powerful smartphone".

The first thing to get out of the way is that, although, the device has been given the name that is assigned to the company’s flagship range of devices, this miniature variant shouldn’t be confused as just a physically smaller powerhouse like the S II and the standard S III that has proved so popular around the world. This latest release may have been given the same christened as a Galaxy S device, but technically speaking; it is on par with other mid-range handsets in the market. 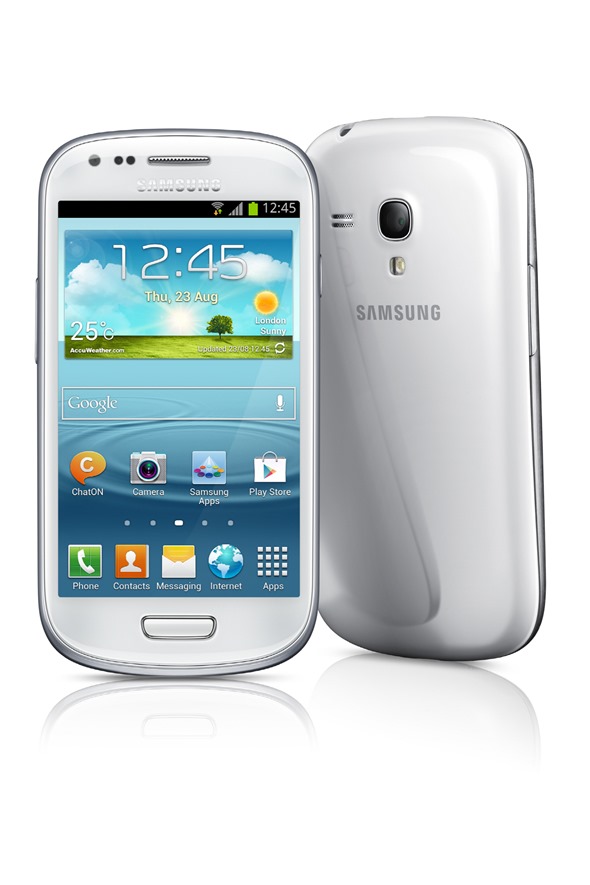 The Galaxy S III mini will come with Android 4.1 Jelly Bean pre-installed upon it that offers users software-based functionality like Google Now as well as all of the other benefits that are attached to running the latest version of the Android operating system. From a hardware perspective; the S III mini will ship with a 4.-inch Super AMOLED display that is housed in a rather sleek looking curved frame, and carries a screen resolution of 480×800. The physical dimensions of the device makes it rather miniscule when compared directly with it’s bigger brother. 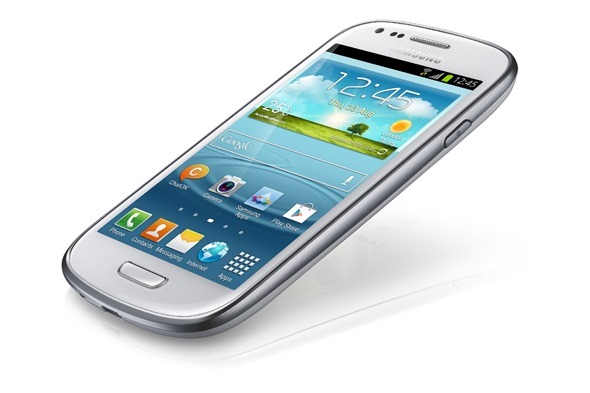 Stripping back the gorgeous looking frame and high contrast display, the new compact handset will come with a dual-core 1GHz processor and an onboard rear-facing 5-megapixel camera with LED flash and an accompanying VGA offering on the front. The usual and expected accelerometer, proximity sensors and gyroscope hardware sensors are all there as is HSPA on multiple bands, so you can rest assured that your data needs will be fulfilled where there’s good network coverage. The Galaxy S III mini does not support 4G LTE, therefore it might prove to be a let down for a lot of consumers. 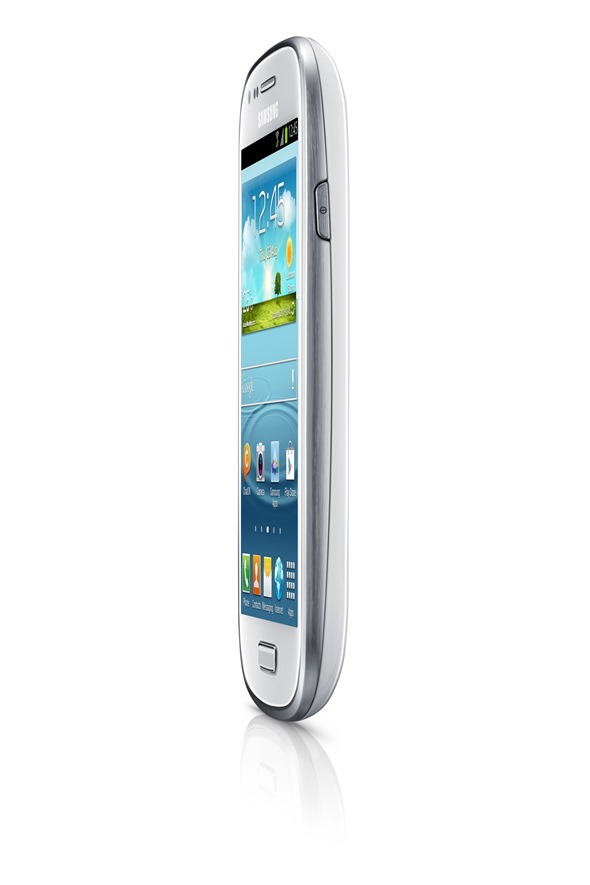 To power all of the features of the Galaxy S III mini, there’s a 1,500 mAh battery, which we believe is more than enough to get you through your day in a single charge. Unless you’re a serial tweeter, Instagrammer and Facebooker.

The Galaxy S III mini comes in two memory capacities; 8GB and 16GB, which we believe is more than enough to store your digital content, but if you believe you’ll definitely fall short of the memory capacity being offered, then fear not, the Galaxy S III mini comes with a microSD slot which will allow you to expand the memory all the way to 32GB. At the moment, pricing and availability of the device hasn’t been unveiled, but keeping in mind that it’s a mini device, immediate reactions suggest that it’s going to be a fairly respectable mid-range option.