We’ve already been privy to a prior visual leak of Samsung’s next-generation hardware, the Galaxy S7 and Galaxy S7 Edge, and now, there is an additional render being thrust into the public domain that shows the rear of the purported devices. This latest leak adds yet more confirmation that the Galaxy S7 and S7 Edge will remain fairly consistent with the design of last year’s Galaxy S6 and Galaxy S6 Edge.

The latest leak also gives us an insight into a number of small but relevant changes that Samsung has decided to make with its upcoming line of smartphones. The overall visuals and design of the hardware clearly hasn’t deviated too much from last year’s Galaxy S6 range, but there are a number of notable differences. If you take a close look at the leaked render you’ll notice that the corners of the S7 and S7 Edge appear to be noticeably more round than the S6 and S6 Edge. It also appears that Samsung has applied a taper to the edges of the device, and there’s also a change to the flash module that sits alongside the camera.

When you put together the previously leaked frontal visuals of the device together with these rear renders, you get an immediate understanding that Samsung won’t be making any huge wholesale changes to the next flagship devices in Galaxy S series. If you were a fan of what was offered with last year’s Galaxy S6, then that simply won’t be an issue. However, if you’re like a lot of smartphone owners out there who want significant change with every release cycle, then it’s likely that the introduction of the S7 in the coming weeks will be somewhat of a disappointment. 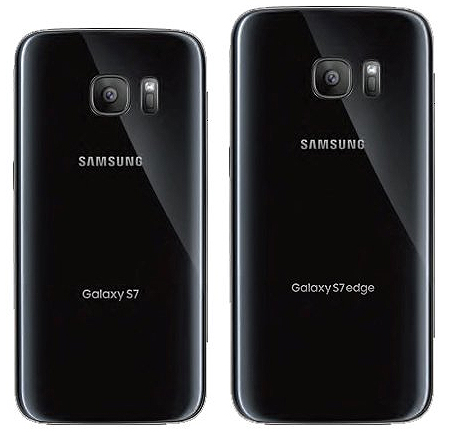 In terms of underlying technical specifications; we won’t know the full intricacies until the Unpacked event takes place in Barcelona on February 21st. The familiar but somewhat polished design of the Galaxy S7 is expected to be accompanied by the reintroduction of the microSD card slot to allow users to expand the storage capacity of the device, pressure sensitive display and Live Photos-like features found on Apple’s iPhone 6s/6s Plus, fully waterproof design, along with the potential inclusion of Qualcomm’s Snapdragon 820 processor series in certain device models.