In a galaxy not so far away, Samsung is expected announce its new Galaxy S lineup on February 21st, and rumors have been swirling around for some time as to what that announcement may entail. It’s a fairly safe assumption to make that the Galaxy S7 and Galaxy S7 Edge will put in an appearance, with both devices set to be Samsung’s flagship smartphones for the forthcoming year.

As is now very much the norm for big smartphone releases, we have had a few supposed leaks of images, renders and roarings supposedly depicting what the new devices will look like, and today is no different. A new leaks appears to show black and gold devices, with both the Galaxy S7 and Galaxy S7 Edge getting an outing.

The images show devices that look similar to the Galaxy S6 range of devices that they will be replacing, and feature the February 21st date on their lock screens. All of that looks just fine, but we’re a little concerned about the state of the Home button on what we presume to be the black Galaxy S7. Looking at it, it kind of looks like a poor Photoshop effort, but since the source of these leaks is none other than @evleaks, we are bound to believe that they are a real deal. Whatever the case maybe, we will find out for sure next month. 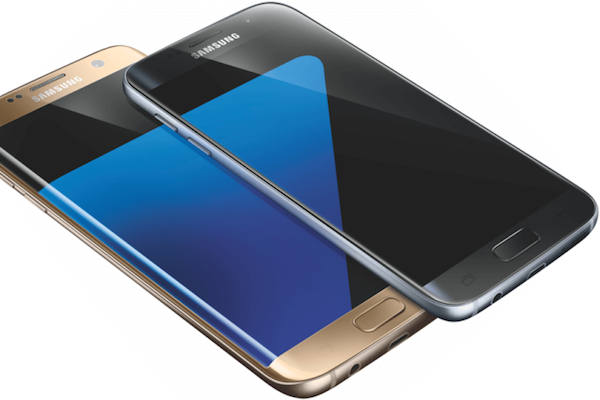 Assuming these images are legit, there isn’t a great deal to take anyone by surprise. Those Home buttons do look a slightly different shape to the ones currently shipping on the Galaxy S6 line, even making allowances for the aforementioned oddity, but in general things looks just as we would expect them to. It’s inside that things should be getting a facelift, with newer, more powerful internals set to make the Galaxy S7 the fastest Galaxy yet. 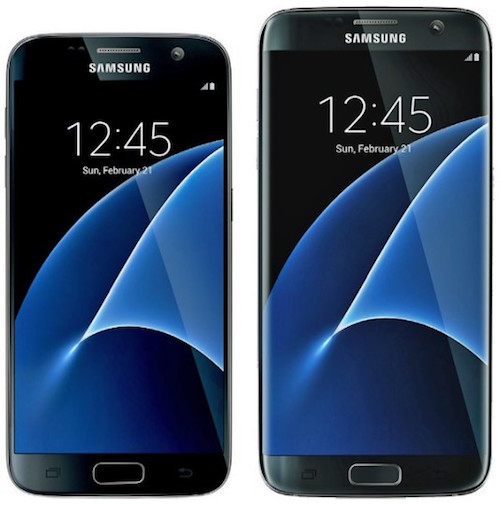 We’ll have more if we get it before the big unveiling next month.