When iOS 7 was first announced, it had its fair share of changes to demo. Apart from that radical redesign of the interface that left so many people dazed and confused, there were a handful of real features that made the seventh version of Apple’s iPhone and iPad operating system a tangible upgrade from what came before it. One of those changes was the addition of Control Center which housed a place for buttons that performed common actions like turning Wi-Fi on and off amongst other things. It’s actually one of our most used new features, but it’s true that it still needs work. This new iOS 8 concept video takes what Apple started and pushes it to the next level.

The concept doesn’t just improve upon Control Center though, because the multitasking interface also receives a lick of paint. This after Apple had already ditched its icon-based app switching system in favor of the one we now use that features a preview of the app in question. It’s already a marked improvement over what we had prior to iOS 7, but this concept mashes it up with Control Center, creating something rather special indeed.

Created by Bill Labus, the new concept would see iOS 8 feature an improved Control Center that would still be home to the same features we’re now accustomed to, but would actually be amalgamated with a new, smaller multitasking interface that otherwise resembles what we already have. The beauty of making both Control Center and access to app switching appear as one screen is that we can now access the latter using the same upward swipe that we currently use to invoke the former. Labus argues that this gesture simply makes more sense for something like app switching.

Flicking up from the bottom of the edge allows the multitasking app views to be tied directly to the gesture, which allows for direct manipulation and avoids having to wait for a passive animation to complete before interacting with them. 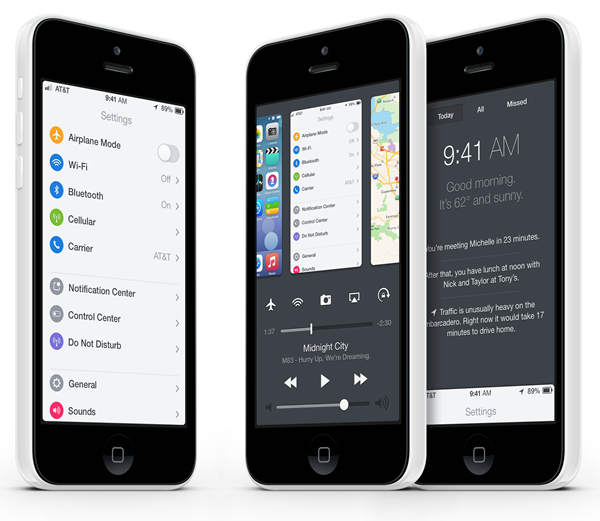 We’re quite taken by the whole idea, and we rather expect something very similar to this to end up as a jailbreak tweak sooner rather than later. Multitasking is already something that jailbreak developers like to play around with, and if they can make something like this iOS 8 concept then we’ll all be more than happy.