Microsoft to Beat Apple to the Punch by Releasing Slate Tablet PC Tonight?

The are a number of rumored reports around the web, suggesting a possible announcement of Microsoft Courier Tablet like Slate tablet PC tonight during Steve Ballmer’s opening keynote at 2010 CES. If this happens, then we could very well have a Slate/Tablet PC, running Microsoft software well ahead of Apple’s rumored iSlate/Tablet, which is expected to be unveiled on January 27th, in Apple’s mega event to be held at Yerba Buena Center for the Arts in San Francisco. 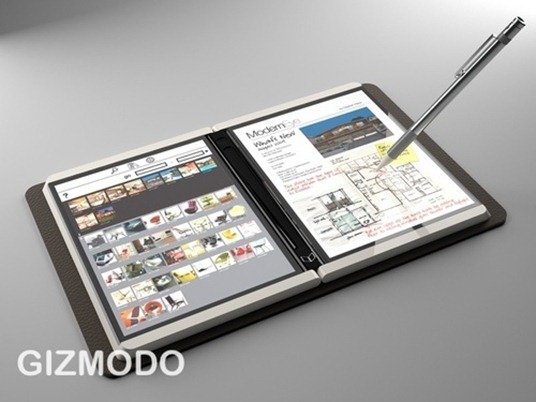 But Kara Swisher of All Things D thinks otherwise. According to her sources, Microsoft is going to showoff some multitouch demo’s on the newly released HP TouchSmart tm2 Tablet PC, running Windows 7.

Of course we’ll all like Microsoft to stir things a bit by announcing the Courier Tablet PC which they have been rumored to be working on with HP. For all this and more, we all will have to wait for Steve Ballmer’s keynote to see what he has up his sleeve. The keynote will be streamed LIVE tonight from Las Vegast at 18.30 PST (Pacific Standard Time). More info on Microsoft’s CES 2010 keynote can be found here.

UPDATE 1: It has now been confirmed that Microsoft, with HP is set to release Slate/Tablet PC tonight at CES 2010. More info on it can be found here.

You can follow us on twitter or join our facebook fanpage to keep yourself updated on all the latest from International Consumer Electronics Show in Las Vegas.