Microsoft isn’t just content with releasing two new game consoles within the next few weeks. Instead, it also just announced that it is paying $7.5 billion to buy ZeniMax Media. That name might not mean much, but the companies under its wing will – Bethesda Softworks, id Software, and more.

Picking up ZeniMax Media means that Microsoft is now the owner of some huge, really huge titles. Many of which are or were expected to be cross-platform titles. 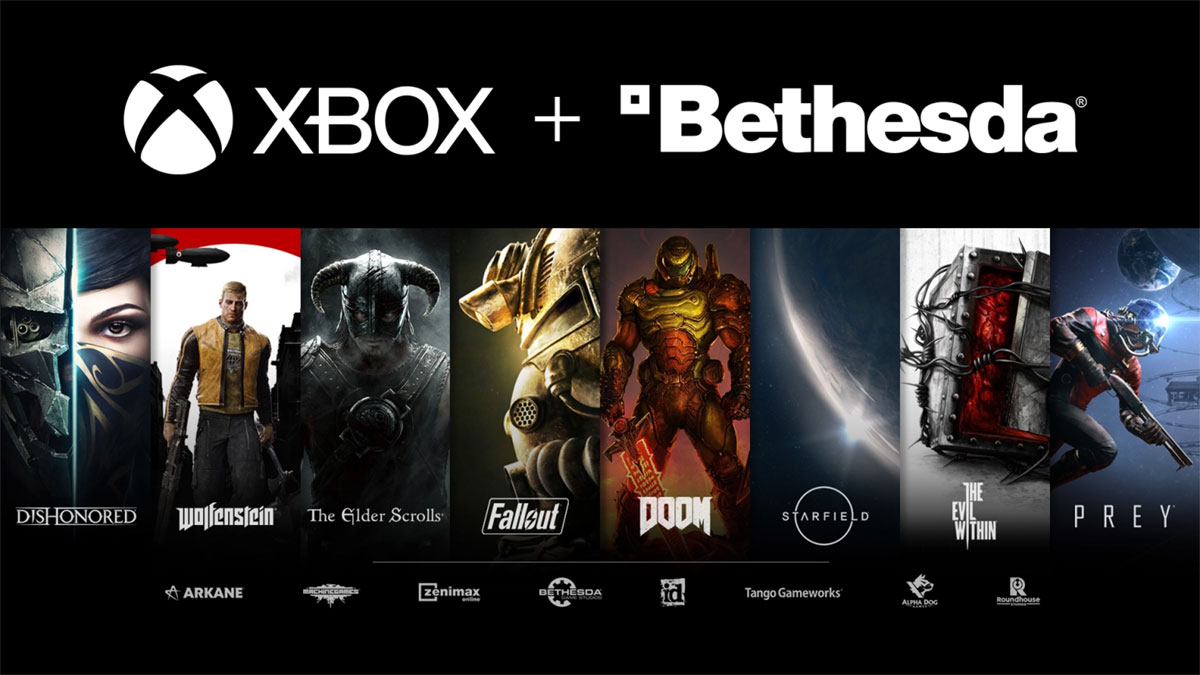 Whether that remains the case isn’t clear yet, but we’d be inclined to suspect not.

Today is a special day, as we welcome some of the most accomplished studios in the games industry to Xbox. We are thrilled to announce Microsoft has entered into an agreement to acquire ZeniMax Media, parent company of Bethesda Softworks.

As one of the largest, most critically acclaimed, privately held game developers and publishers in the world, Bethesda is an incredibly talented group of 2,300 people worldwide who make up some of the most accomplished creative studios in our industry across Bethesda Softworks, Bethesda Game Studios, id Software, ZeniMax Online Studios, Arkane, MachineGames, Tango Gameworks, Alpha Dog, and Roundhouse Studios. These are the teams responsible for franchises like The Elder Scrolls, Fallout, Wolfenstein, DOOM, Dishonored, Prey, Quake, Starfield and many more.

Yes, Microsoft now owns DOOM and Quake. What a time to be alive.

What Microsoft gets out of this is pretty obvious. The company has long been accused of lagging behind Sony in the first-party exclusive stakes. With Sony also launching its own big-time console this year, Microsoft clearly wanted to make moves to ensure it has the software required to make Xbox Series S and Xbox Series X a success. Both consoles will be available for pre-order tomorrow, September 22.