The iPad Air is almost ready for release, and naturally, Apple’s accessory partners are hot on its tail. We’ve already seen the first batch of what Belkin has to offer the Cupertino’s rebranded slab, and now, Logitech has come through with a substantial helping of cases and accessories for the fifth-gen iPad.

Although neither Belkin nor Logitech are perhaps renowned for delivering anything too edgy to the tech market, both have found a niche in delivering high-quality accessories and peripherals at a reasonable price.

There were suggestions, unfounded it would seem, that Apple would be coming through with a Keyboard case for either or both of the new iPads. But as with Belkin, Logitech has its own products available to those who cannot, or simply will not make the transition from physical keys to the touch-based environment. 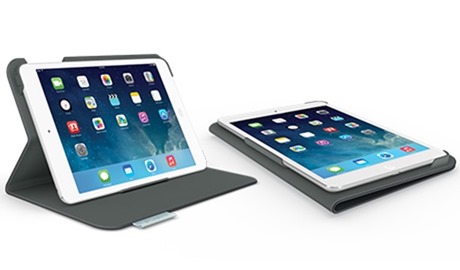 It makes a great deal of sense for the likes of Logitech to plug the keyboard cases immediately, rather than focus on your bog-standard smart cover. After all, Apple, as well as a plethora of third-party outfits, sell those at Apple Retail Stores, so rather than joining that initial scrum, focusing its attentions on the typists seems a good way to go. 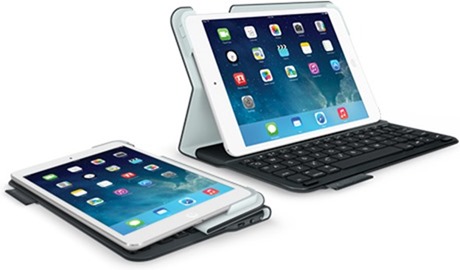 As ever, the Keyboard connects to the iPad via Bluetooth, and if you’ve used any of these things before, you’ll know how responsive and fluid they are when typing.

As a brief summary, the Folio Protective Case’s USP is that it boasts a water resistant shell as well as being protective, and although it costs $149.99, it’s not as though the device itself is cheap. The Ultrathin Keyboard Cover boasts aluminum within to bolster protection, and costs $99.95. The Ultrathin Keyboard Folio is your run-of-the-mill keyboard cover $99.99, while the keyboard-less Five Protective Case will set you back $49.99.

Expect a worldwide launch at some point next month.