Apple finally revealed the fifth-gen iPad Air at its special event yesterday, and as consumers begin to read the hands-on reviews and decide whether or not to make the purchase, the third party accessory makers are already well and truly on their game. Belkin, one of the foremost creators of cases and peripherals for Apple’s wide range of products, has come through with a neat case for the iPad Air featuring a physical keyboard in a very slim line package.

Although the iPad Air is, to all intents and purposes, the iPad 5, the fact that Apple has managed to make the device thinner and significantly lighter than the previous generation has somewhat justified change in name. As predicted, the tablet has been built very much in the image of the iPad mini with an altogether sleeker design, and although the Air moniker seems more of a marketing ploy than anything else, it does increase the pressure on third parties to keep their cases and accessories as slender as possible.

It was thought that Apple might come through with its own keyboard cases for the new iPads, but while this may still be the case at some point in the future, the time is not now. Still, if you’re an iPad fan and a traditionalist in equal measure, you may be tempted by the QODE Ultimate Keyboard Case.

It can run for over 250 hours of active use without charge, and if you’re the sort of person that finds yourself constantly sending emails, writing letters or creating documents, the QODE Ultimate Keyboard Case could well be your perfect accessory at $130. 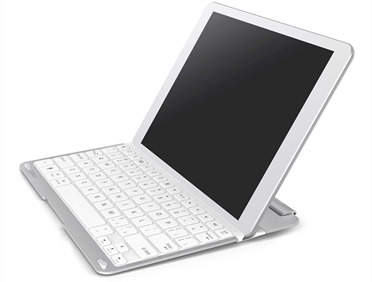 As ever with Belkin, there are plenty of other goodies besides, including the QODE ThinType Keyboard Case, which gives you a reduced 79 hours of active use, but for just a $30 asking price. If you’re looking for something stylish, the $80 QODE Slim Style keyboard case might pique your interest. It comes in a variety of colors from the basic like black and red to the more exotic, like topaz and purple. 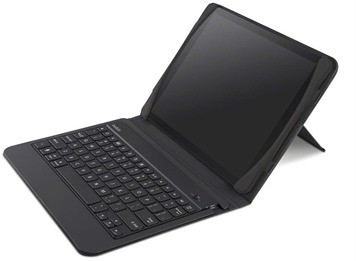 Should you be able to handle a touch-based keyboard, Belkin is also providing a bunch of other cases besides, and with arguably the widest range of quality iPad accessories on the market already, the company’s roster continues to improve.