The iPhone 5c and, more so, the iPhone 5s, are two of the hottest properties in tech right now, and with the former not being as “budget” as some had hoped while the latter remains in very short supply, it stands to reason that iPhone fans may instead opt for some of the alternatives out there. As well as the scores of options from rivaling mobile vendors, there are also plenty of interesting knockoffs, and Chinese outfit GooPhone has long since been making money by essentially ripping off Apple products. In light of those recent releases, GooPhone is back with the “i5c” and “i5s” to emulate the two flagship iPhones, and I think you will agree that both are extremely convincing.

The new gold iPhone remains extremely hard to find even a month on from the official release of the 5s, and if you are among the lucky few that have managed to track it down, you will still have parted with quite a bit of cash for the privilege. With GooPhone, you can enjoy something vaguely representative of the iPhone experience without the added expense, and while many commentators and fans have pointed out that the iPhone range gets better with every new release, so indeed do the knockoffs. 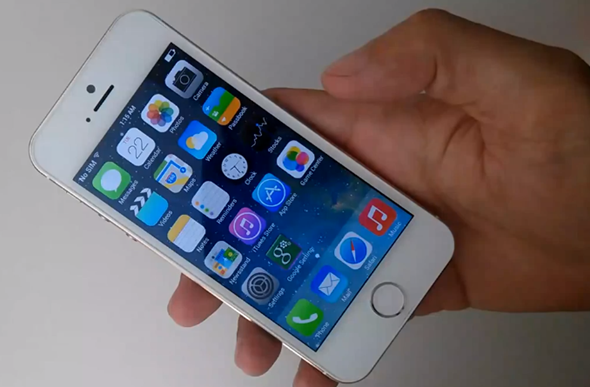 In fact, the below video of the gold iPhone 5s in action looks every bit the real deal, and only when the device is turned around do we see that the “gold iPhone” is actually the product of some rather intricate fakery. See for yourself and you’ll know exactly what we’re talking about.

As ever, your GooPhone i5s or i5c won’t run on Apple’s iOS, but with Android Jelly Bean and an iOS 7 skin – as demoed below – you’d scarcely notice the difference; at least, from the outside. 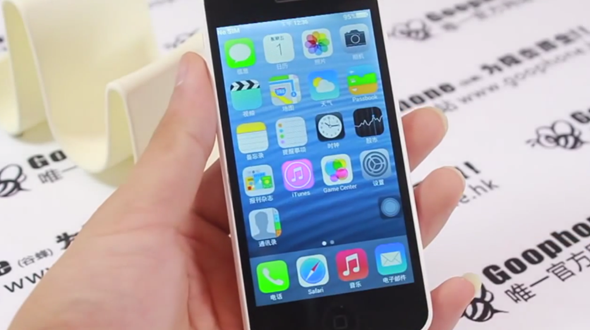 The GooPhone i5s even comes with its very own Touch ID-copycat, and although, rather disappointingly, it doesn’t actually do anything, it does complete the overall look rather nicely.

Whilst we’d never actually go out and buy either device ourselves, both the i5c and i5s are very plausible fakes, and are easily two of the best we’ve ever seen. And it costs just $199 over at GooPhone.cc. Check the video below, and be sure to leave your thoughts and opinions via our comments section!