Ah, finally.. finally, the iPhone 5s, Apple’s latest and greatest flagship smartphone has been revealed to the world. And we’ve got all the details under one roof!

The iPhone 5s packs Apple’s all-new A7 processor, which is of the 64-bit variety, the first for any smartphone in the world, which naturally delivers a stronger performance compared with that of its predecessor. This enables iOS 7’s animations to run smoothly and without any kind of lag. Of course, the A6 has been relatively strong for the iPhone 5 during the course of the last year, but with A7 pushing the boundaries just that little bit further, the iPhone 5s will surely be among the smoothest devices on the market.

So yes, in case you’re wondering, the iPhone 5s is the first ever smartphone which has a 64-bit processor. Apple goes as far as saying that ‘the other guys aren’t even talking about this’ yet.

iPhone 5s also features M7 coprocessor which is designed to make the device more efficient. It helps in offloading work from the main A7 chip which results in faster performance and increased battery life. The new M7 chip also knows when you are walking, running or driving. 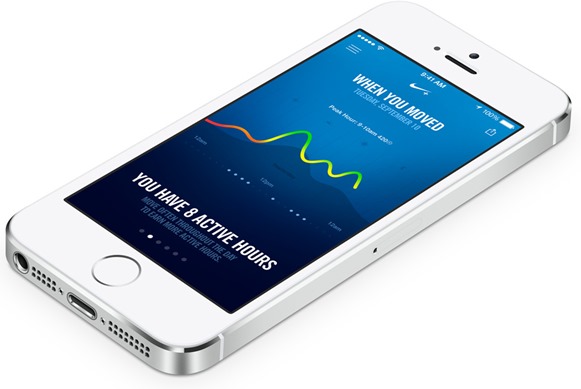 Every new iPhone needs a feature to talk about, and the iPhone 5s has precisely that with a fingerprint sensor, which Apple is officially calling ‘Touch ID’, apart from the apt description of Home button. Enabling a device to be unlocked without typing in a PIN or password – a cumbersome rigmarole at the best of times – it brings enhanced security while also being rather cool. 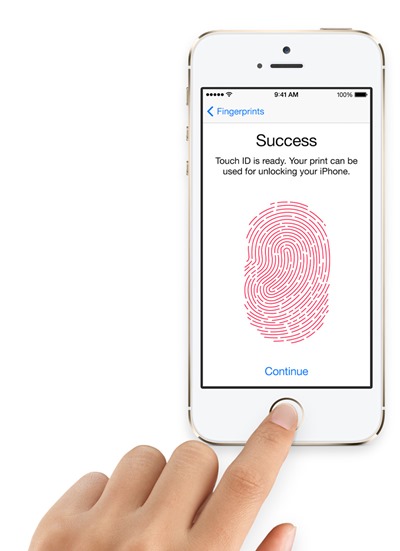 But wait, there’s more, Touch ID can read multiple fingers, which means it’s not limited to your thumb, for example. Touch ID is deeply integrated into iOS 7, according to Apple, which means that you can set it up to make iTunes purchases as well. In Layman’s terms; your fingers are now your password. Win.

Naturally, Apple has made quite a bit of fuss about the new feature, but hey, regardless of whether you see much benefit from it or not, it’s a gimmick to get it selling.

The rear-facing snapper is an 8-megapixel, F2.2 wide aperture lens affair, and features 1080p video recording at 30 frames per second, and up to 120 frames per second at 720p, which is a massive leap on the iPhone 5. But that’s not just it, the image sensor is now 15 percent more larger, which allows more detail to be captured in low light.

Still wondering about the 120fps part? Apple is introducing Slo-Mo with the new iPhone 5s, which lets you slow down parts of your video for that oh-so dramatic video shot.

To top things off, the iPhone 5s’ camera now takes photos in burst mode, too. If you’re into taking action shots, then the new burst mode will assure you never miss a scene.

The front-facing camera, meanwhile, is a 1.2 megapixel offering, but seeing as it’s only for FaceTime and such, its purpose doesn’t stretch beyond showing vaguely viewable image.

The iPhone 5s is very much in the same vein as the iPhone 4S in that it looks almost identical to the iPhone 5. Aside from the rather distinctive Touch ID sensor, the iPhone 5s looks very similar to its older brother. 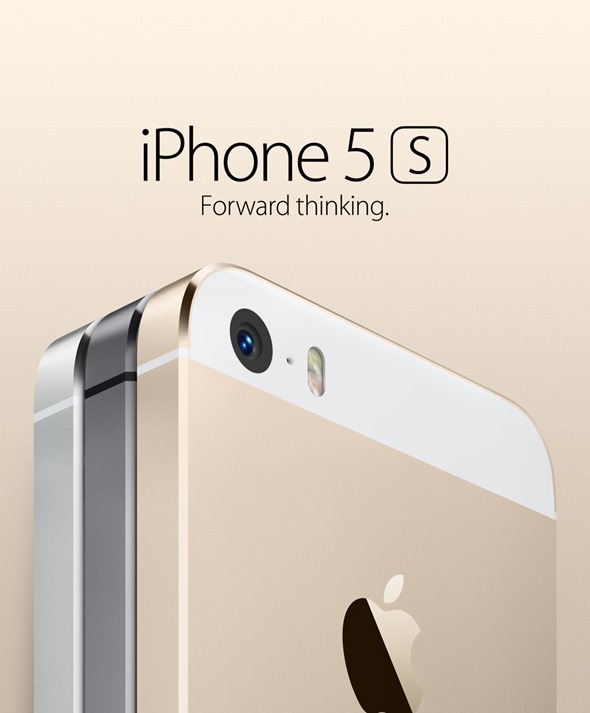 Having said that, there is one key difference; the iPhone 5s comes in a gold color configuration as well, a decision which is likely to split the crowd as much as it already has. But while we perhaps all have opinions on whether a gold iPhone is a good idea or not, the fact remains that it’s another option, which can never be a bad thing.

The iPhone 5s will offer 16GB, 32GB and 64GB storage configurations. In a world in which we’ve become heavily reliant upon apps, it’s good to see Apple preparing power users appropriately, and while some older models would have found 64GB of storage simply crippling, the A7 processor of the iPhone 5s should keep everything ticking over nicely.

The iPhone 5s offers all the usual wireless connectivity as you’d expect. Bluetooth 4.0, Wi-Fi a/b/g/n (and no ac, which is a big bummer), 4G LTE with support for even more bands around the globe.

No surprises here, the iPhone 5s will run iOS 7 out of the box, but some features are exclusive to the iPhone 5s, such as burst mode and Slo-Mo.

Apple has also announced the official leather case for the iPhone 5s. So, if you’re in the market and looking for a decent leather case, then the official accessory is your best bet from this point onwards.

Also announced is the official lightning dock for iPhone 5s, which is also compatible with iPhone 5.