With the newly announced iPhones, consumers will be looking to find suitable protective cases and covers in order to keep their new or prospective purchases in pristine condition. The aluminum finish of the iPhone 5s will, if anything like the iPhone 5, be susceptible to scratches and scrapes, and even though the iPhone 5c is a budget device, a sufficient, sturdy case should still be a priority. A couple have already begun to pop up on Apple’s official site, and we’ll be taking a look at some of them right after the break.

Just before the announcement earlier on today, rumors were surfacing around the blogosphere that a legitimate Apple leather case for the iPhone 5s had been spotted in the wild, and would begin shipping alongside the device after the keynote. This little leak has turned out to be true, with a silicone case for iPhone 5c alongside the leather offering for iPhone 5s.

Unlike many traditional leather cases, which tend to act as more of a wallet than your general protective fodder, the Apple iPhone 5s leather case fits snugly around the back and sides of the device, preventing those general knocks easily picked up with day-to-day usage. Shipping in Brown, Beige, Yellow, Black, Blue and Red (RED) edition, it costs $39 and will become available to purchase from Apple Retail Stores from 20th September. 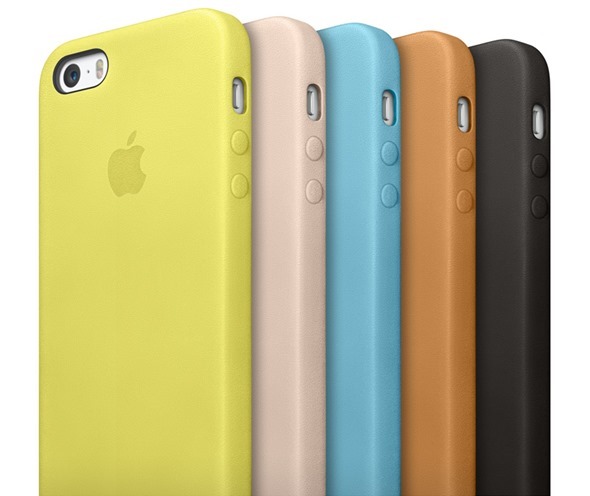 Apple will also be shipping a silicone case, for iPhone 5c, which will offer better grip as well as superior protection. With a funky design matching that of iPhone 5c and, again, a plethora of different colors on offer, it will certainly offer a little vibrancy, and will be available for $29. 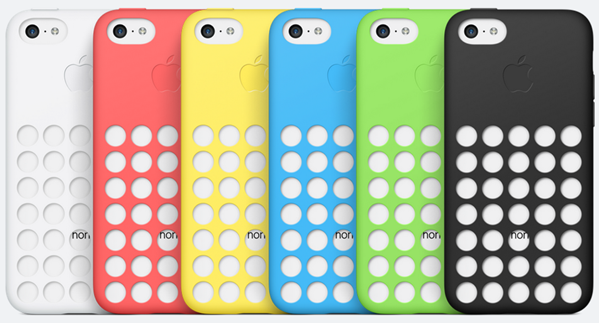 Both cases appear to be of high quality, and while there’ll be plenty of cases available from the case makers for a lot less in terms of cost, Apple’s offerings will be available to purchase with the new iPhones.

Anyway, these are the first cases of what I’m sure will be many official offerings from Apple, and although the Cupertino actively promotes brands within its own stores, there remains a contingency of Apple fans who will only go for those made in-house. These are for them.