The Xbox One is almost here, and very shortly, the console war will open a new chapter. Both Microsoft and Sony have been periodically releasing nuggets of info to whet the appetite of the gaming faithful, and now, we can take a look at a near-complete Xbox One Dashboard. A new demo video has just been showcased by the Redmond company, and with just a few weeks until we can experience the intuitive new interface for real, this is pretty exciting stuff.

Although Windows may have drawn its fair share of complaints over the years, the Xbox Dashboard has remained consistently solid as it has evolved, and judging by this preview, this looks set to continue. As you might imagine, the changes from the current dash are fairly minimal, leaving a recognizable, yet still improved UI from which Xbox One owners can seek entertainment.

The Xbox One site now offers prospective purchasers a look at how apps, games and video will operate once the device is powered up, and as was made patently obvious back at this year’s E3, much emphasis is being placed on the One’s general entertainment prowess.

A games console it may be, but with Kinect playing an integral role and shipping with every single console, Microsoft certainly wants its third home entertainment machine to take the place of the set-top box. 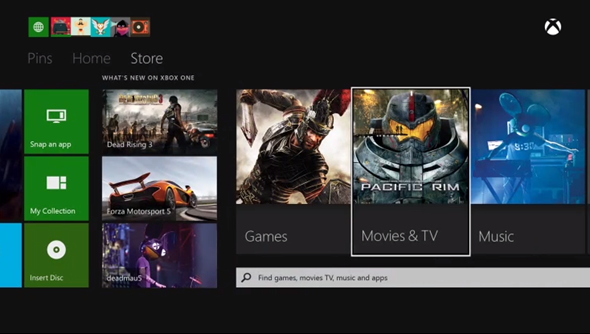 Perhaps the most exciting thing about the video is the Game DVR feature, which allows gamers to capture clips of themselves scoring a great goal on FIFA or running riot on GTA. Unfortunately, as we learned some time ago, it’s limited to 720p at 30fps, but nevertheless, one suspects hardcore gaming fans will take full advantage.

The video demonstrates noticeable fluidity, although since it’s an official video released by the software maker, there’s no telling whether it’s been strategically stitched together to make the Xbox One dash appear slicker than it is in real life. We’ll obviously know more on November 22nd, which is when the device gets its long-awaited release, and we’ll be sure to keep you posted on any interesting tidbits pertaining both next-gen consoles, so stay tuned to our coverage here at Redmond Pie!