Does the name Steven Gerrard mean anything to you? How about Zachary Quinto? Microsoft has employed both the England football captain and the Star Trek franchise’s “Spock” – among a slew of others – for its first Xbox One ad that sets the message right, in terms of establishing the new console as not just an entertainment device, but also a fully powered gaming console for serious gamers. 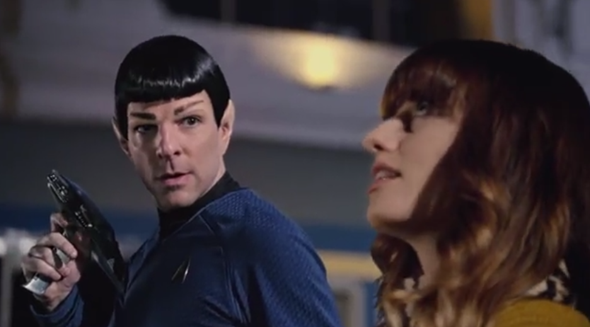 The first advertisement invites users to the next generation gaming experience, with a voiceover promising a world where “your games and entertainment are no longer separated”. It basically shows a fusion of Xbox One’s virtual realms with the real world; a Titan from Titanfall crashing through an office building and saving workers from the miserable ordeals of corporate life, a McLaren P1 taking a surprised real-life golf driver for a thrilling ride, and Gerrard taking a fan for a tour of the football pitch, complete with Skype integration. Cementing the deal is Commander Spock with his claim that Xbox One is neither a gaming device nor a home entertainment system; it’s a wonderful fusion of both.

Microsoft has combined not only real life characters like Gerrard and Quinto for this ad, but also virtual ones from titles like Dead Rising 3, Ryse and Titanfall. 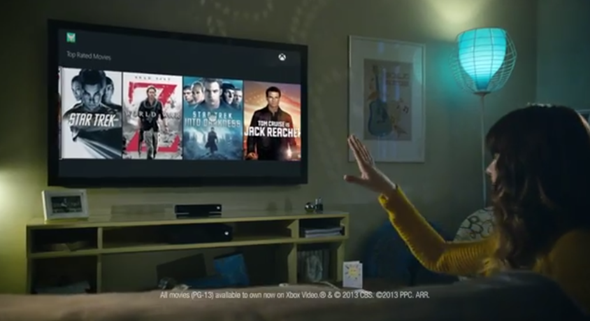 The ad carries a stark deviation from Microsoft’s previous attitude towards marketing its latest console, which had pitched the device more for its entertainment aspects rather than the gaming behemoth that Xbox One is. The previous clips had been frowned upon by the press and digital media for their lack of focus and diluted approach, and if the new one is any indication, the Redmond company appears to have taken the message seriously. Things are definitely moving in the right direction.

While any product’s success these days relies heavily on how well it is marketed, it also adds more to the cost of the product itself. An effective and impressive marketing campaign usually requires a massive budget as well. Although Microsoft has declined comment on how much it is actually spending on ensuring the success of its Xbox One console – especially since its primary rival, Sony’s PlayStation 4, is also coming out very close – people with experience of similarly scaled campaigns put the cost of Microsoft’s marketing of Xbox One in the neighborhood of $100 million. Huge, but perhaps not that a big deal for a company like Microsoft. Let’s wait to see how that actually turns out for the console + home entertainment fusion.