iTunes 12.4.1 For Windows And Mac Released, Here’s What Is New

After releasing iTunes 12.4 last month, Apple today has made available for download iTunes 12.4.1, bringing in some minor improvements along with bug fixes. iTunes version 12.4.1 is available right now as an update on both Windows and Mac OS X platforms.

iTunes 12.4 was a major update of sorts, bringing in user interface tweaks for improved navigation via sidebar, as well as introducing “Media Picker” to allow users to switch between different media options quickly. This, to some extent, helped Apple in improving overall user experience for iTunes users. 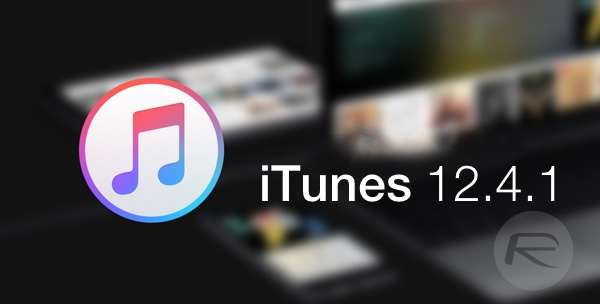 Version 12.4.1 of iTunes doesn’t bring in any further UI changes. Instead, it focuses on fixing a number of problems introduced in the initial 12.4 release. As part of this bug fix update, issues with VoiceOver has finally been fixed, as well as a bug in Up Next that sometimes played songs in the incorrect sequence, among other things.

The full official changelog of iTunes 12.4.1 for both Windows and Mac is as follows.

This update addresses a number of problems where iTunes doesn’t work as expected with VoiceOver. It also restores the option to Reset Plays and fixes the following issues:
-Up Next may have unexpectedly played songs added together in the incorrect order.
-iTunes was prevented from crossfading between songs.

To update to iTunes 12.4.1, OS X users can go to Mac App Store right now to grab the update. Windows users can open Apple Software Update utility to check for the 12.4.1 update. Alternatively, iTunes 12.4.1 can also be downloaded directly from apple.com/itunes/download. 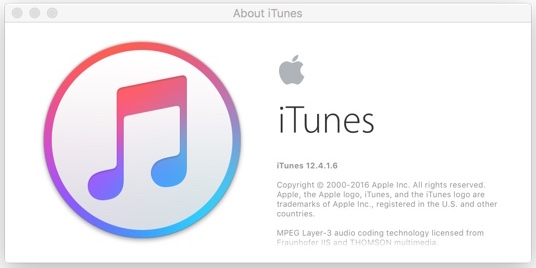 The release of iTunes 12.4.1 comes on the same day Apple also released updated version of iOS 9.3.2 for 9.7-inch iPad Pro users with fix for error 56 bricking issue. You can learn more about this new iOS 9.3.2 update, carrying build number 13F72, in our separate post here.