Facebook Messenger Standardizes Its 1500 Emojis Across All Platforms, Adds 100 New Ones

Facebook has now recognized the importance of emoji by modernizing all 1,500 emojis in the app, and even adding 100 more in the process for good measure. Once upon a time, Facebook was slated on an almost daily basis about the quality of its mobile apps and the seeming lack of attention that was paid to them.

After building a skilled mobile-first team, the company has been able to turn that around by releasing a series of apps across multiple platforms that dramatically improve Facebook experience. One of those releases is the Facebook Messenger app, which is used to communicate with family and friends through the use of text, animated GIFs, photos, videos, stickers, and the aforementioned emoji characters. 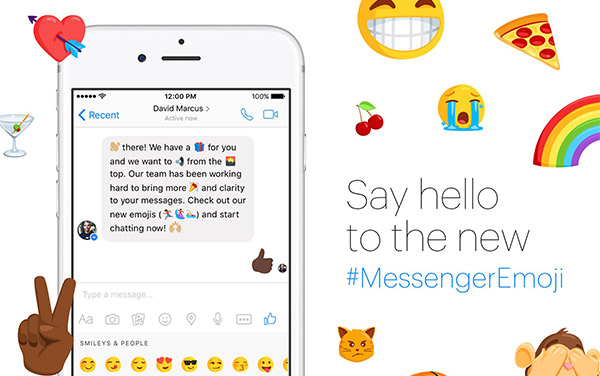 Emoji characters are an increasingly popular way of communication with people through text-based conversations. Facebook Messenger generally ships with approximately 1,500 characters built-in that can be used in discussions and chats with friends.

With that said, the use of emoji had always been somewhat problematic when talking to a friend who is using a different platform to read and reply to the message due to the fact that sometimes, characters are displayed totally differently on varying platforms.

View something on the web and it looks one way. View it on an iOS device and the same characters render totally different. As part of the update, Facebook has solved that problem through standardization. 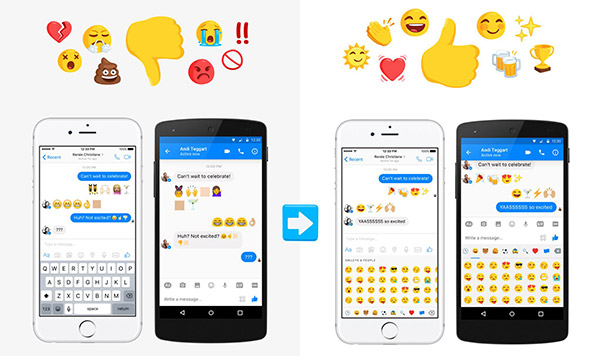 Emojis have changed the way we talk to each other — whether it’s a smiley face to show you’re happy, a thumbs up, or a pizza when hungry, emojis are a fun, easy way to express yourself when words just aren’t enough — and people love them. In fact, nearly 10 percent of mobile sends in Messenger include emojis.

Considering the amount of monthly active users that Facebook has, and the amount of conversations that are active at any given time across that user-base globally, 10-percent is actually a staggeringly high number. As part of the 100 new emojis added, Mark Zuckerberg’s company has also taken a leaf out of Apple and Google’s playbook by introducing additional characters that are designed to accurately reflect the multicultural and multi-diverse world that we live in. All of these additions are accessible in the latest version of Facebook Messenger right now. 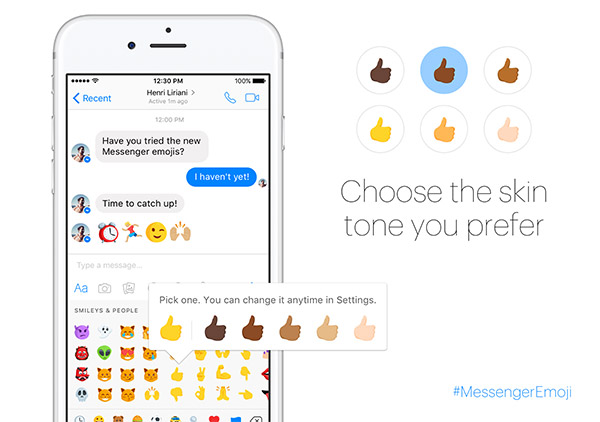