Is iOS 11.2 Apple Pay Cash Feature Not Working? Here’s Why

Now that iOS 11.2 is alive and kicking, many of us rushed to see whether all the fuss about Apple Pay Cash is justified. Unfortunately, while we know that Apple Pay Cash has been available in the beta builds of iOS 11.2, it does not appear to be live yet in the public release – and that kind of sucks.

The reason for that, it would seem, is because iOS 11.2 was never intended to go live on Apple’s update servers until next week. Instead, Apple pushed the release out ahead of schedule to counter a bug that would have seen devices fall into a boot loop on December 2nd if a specific type of alert was received.

With iOS 11.2 now in the hands of the world ahead of when Apple had originally planned, it would appear the Apple Pay Cash service will still go live when it was scheduled to. Whenever that may be. Before today’s release, iOS 11.2 was believed to be in line for a December 4th launch, meaning this coming Monday. If that is the case, then we can likely expect Apple to flick the switch on the Apple Pay Cash servers around that time – the chance of it happening before then, on a weekend, is extremely slim.

When live, Apple Pay Cash will allow users to send and receive money via apps like Messages, making Apple Pay into a service similar to PayPal and competing offerings. As with all things like this, being built right into iOS and Messages app will give Apple Pay Cash an advantage over the competition and as a result, will surely do well. 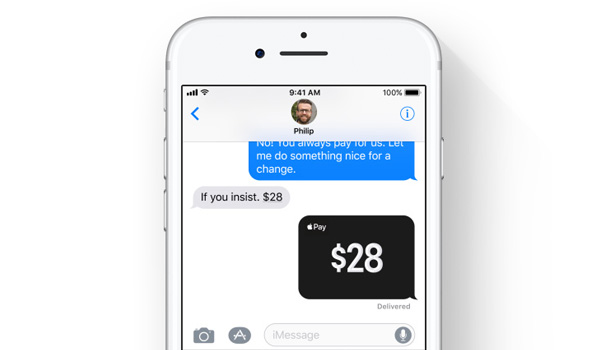 Apple will want everything to go according to plan when it does turn those servers on, though, so here’s to hoping the software quality control issues we have witnessed over the last seven days do not extend to the company’s new headline feature.

Apple Pay Cash will be a U.S. only feature at launch.