With Apple set to release iOS 7 to the big wide world tomorrow, it’s expected that the company is already beginning work on iOS 7.0.1. We could even imagine a world where Apple is already asking its engineers to start looking further ahead, with iOS 7.1 perhaps in the pipeline for a release in weeks.

That’s the situation we find ourselves in today, with various websites, like 9to5Mac, reporting that they have seen a collection of new iOS 7.x builds popping up in their server logs. For those that don’t run websites, people who administer big blogs can see all kinds of data about the people that visit them; the device they are using, its screen resolution and, you guessed it, the version of the operating system that it is using. That’s where these new discoveries are being made.

We at Redmond Pie have been seeing iOS 7.0.1 and .1 in the logs for weeks now, with the volume of hits growing as the time has passed, as can be seen in the screenshots below:

Visitors from iOS 7.0.1 to RedmondPie.com

Visitors from iOS 7.1 to RedmondPie.com

There’s obviously no way of knowing what is different in these new versions of iOS. What it does show though is that Apple certainly isn’t thinking short term here. It may also show that the company is already testing prototypes of new iPads that are expected to be announced at company’s media event in October. 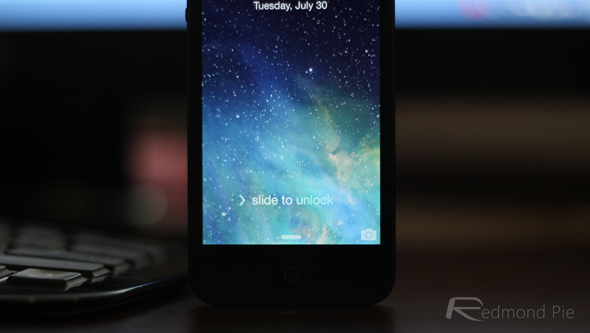 Apple is set to release iOS 7 to the public in just over 24 hours from now after months of beta testing by developers. The final GM version of iOS 7 was released to developers last week right after Apple’s iPhone 5s / iPhone 5c event unveil.

With a whole new design and a color palette that matches the new iPhone 5c nicely, we think people are really going to like iOS 7. Watch out for our iOS 7 review tomorrow, too.