In the run-up to last week’s announcement of the iPhone 5s and iPhone 5c, reports indicated that the next gen iPad could also see a September showcasing. That mightn’t have materialized, but now, rumor has it that Apple’s next event could be held a month from now, on October 15th. Apart from the iPad 5 and iPad mini 2, the Cupertino company has a bunch of new products to introduce, including the Mac Pro, OS X Mavericks and a Haswell-enabled MacBook Pro with Retina display, and while we don’t know exactly what Apple has in store for next month, MacGeneration seems be sure that an event is happening. More details can be found right here after the jump.

Although information pertaining the mysterious event is currently at a premium, we can at least make the presumption that changes to the iPad range, as well as the Mac and MacBook ranges, will probably be announced next month. Last year, Apple brought forth and released the iPhone 5 in September before following up in October with the iPad 4, iPad mini and revamped iMac, and with the first bit now, to all intents and purposes, done and dusted, it’s likely we will get the remainder of the big announcements at some point in the next few weeks.

Intel’s Haswell processor has brought significant energy-saving benefits to the MacBook Air range, and the MacBook Pro with Retina display will almost certainly follow suit. The notebook built for the power user has seen the lion’s share of the upgrades in the last couple of years, but with nothing by way of change for more than a year now, the time has come for the Haswell chip to make itself useful.

The fifth-gen iPad, or the iPad 5 as we’re going to be calling it – irrespective of whether Apple does or not – will probably take on a similar form factor to the iPad mini, with thinner bezels and a generally svelte body. The processor should be upgraded as usual, and we’ll probably see a better camera, but whether we get any treats like Touch ID remains to be seen. 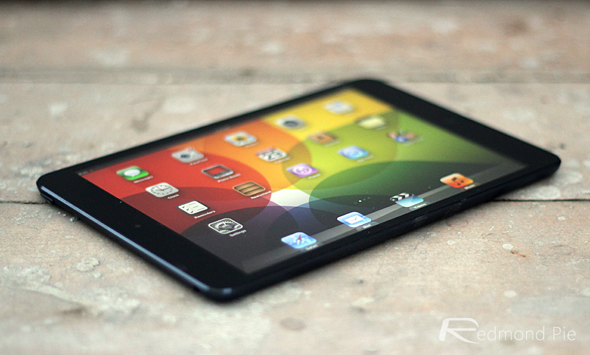 We’ll keep you updated on any further information as it leaks, so stay tuned to our coverage here at Redmond Pie!