We’re going to see the release of new iPad Pro tablets during tomorrow’s media event, that much we can take for granted at this point. We’ve also long been expecting Apple to show off iPad Pros that don’t have a Home button, instead relying on Face ID akin to the iPhone X and its successors.

While this was all backed up by the discovery of a new glyph in iOS 12 betas that showed the new iPad Pro design, the glyph itself was small and intended to be used in the battery widget, meaning it was small and difficult to really get a good look at. 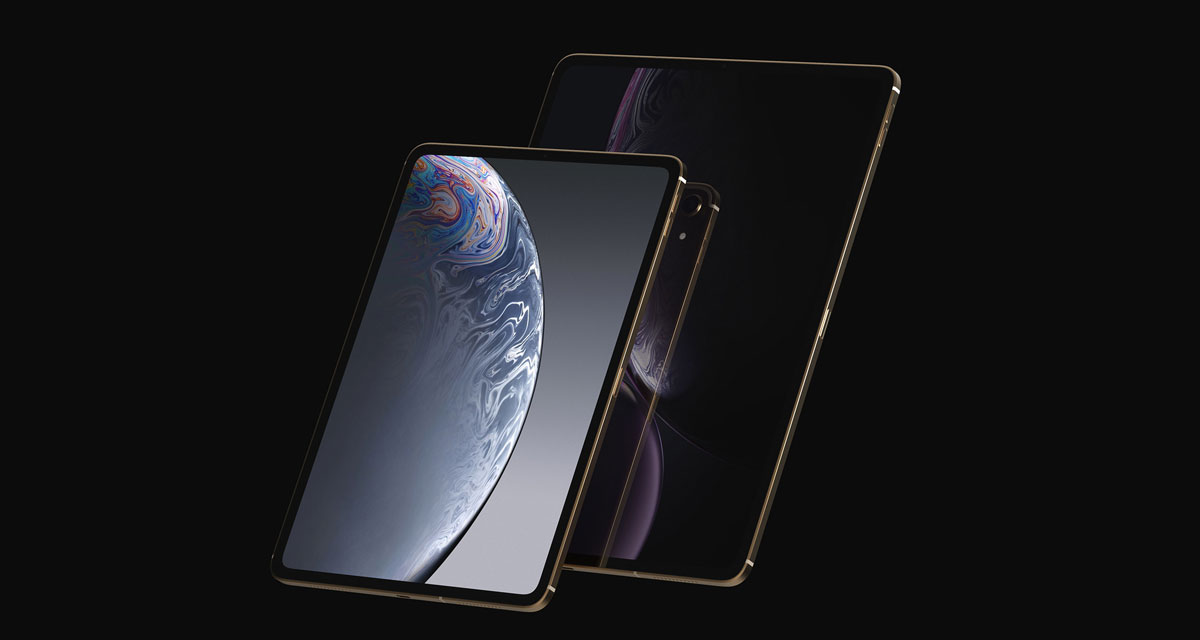 However, a new image found in iOS 12.1 as it trundles its way through the beta process is much more significant, and we can see just what the new iPad Pro redesign will look like.

As we suspected, the will indeed be no Home button, and the inclusion of Face ID does not seem to also mean that the iPad Pro will have a notch in order to house the hardware required for it to work. This may be because the bezels on the iPad Pro are larger than those on iPhones, meaning there is more room to hide the True Depth system, negating the need for a notch.

Those larger bezels should also take care of how easy the device is to handle – something that the eradication for bezels completely could have called into question.

One other tidbit that is worth noting is that the iPad Pro in this image appears to keep its Sleep/Wake button in the same place, rather than move it to the side like Apple’s iPhones did.

Either way, we can expect to have all of the answers to the questions surrounding the iPad Pro refresh soon enough, and we are still hoping to see new iMac and Mac mini refreshes alongside the tablet announcements, too.