Following from yesterday’s release of iOS 11.2.5 beta 2 into the development community, Apple has officially made available for download the same build, this time aimed at public testers and released as public beta 2. This is essentially the same build as served up 24-hours ago but from a different internal development branch.

The release of iOS 11.2.5 public beta 2 means that Apple has instantly expanded the pool of testers currently putting iOS 11.2.5 through its paces. 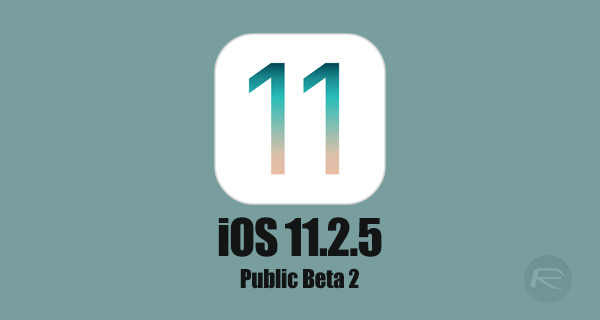 Those who have registered themselves with Apple Beta Software Program are now able to grab the latest release as an over-the-air (OTA) if they have a beta configuration profile on their device. Of course, the main aim here is to put the platform through its paces to ensure that it’s ready for a public release as-soon-as-possible.

In terms of features and functionality, iOS 11.2.5 is very much a minor bug fix release designed to try and eradicate any issues discovered as part of the initial iOS 11.2 release. Apple has already publicly released iOS 11.2.1 on the back of that release, and for one reason or another decided to immediately make the jump to iOS 11.2.5.

As of yet, no major new features have been discovered, and nor are they likely to be. Apple has however stipulated that in addition to improvements and bug fixes, there are some known issues in this build, including niggles in the Vision framework and debugging problems for developers using Xcode to interrogate Messages extensions.

If you are registered on as a beta tester and want to get this latest beta release installed to one of your devices, then you can grab it right now as an OTA update. iOS 11.2 may have taken the opportunity to unveil features like Apple Pay Cash and faster 7.5W wireless charging, but you really get the feeling that iOS 11.2.1 and iOS 11.2.5 are the releases which will bind all of those new features together in the platform and promote a positive user-experience for all device owners.