Apple has officially pushed out for download iOS 11.2.5 beta 2 IPSW links and OTA update ahead of its annual festive shutdown. The immediate release means that developers registered with the Apple Developer Program will be able to grab the latest update OTA as well as downloading the relevant IPSW files for their device(s).

The immediate release once again gives those dedicated and invested developers something to sink their teeth into and will definitely keep a few people out of trouble over the Christmas period. 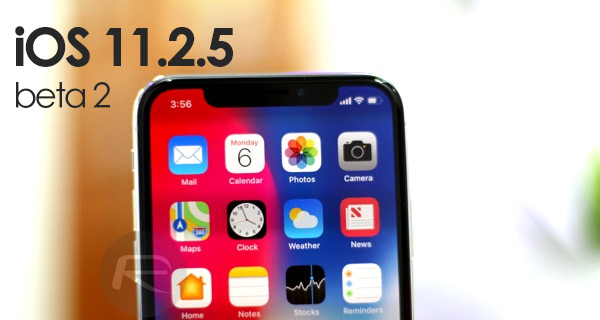 It’s also notable that Apple has pushed this second pre-release seed of iOS 11.2.5 out prior to its annual festive shutdown which will see the company close its virtual doors to iTunes Connect and other services this coming December 23rd. Those doors will reopen for business on December 27, with perfect timing for new device owners to grab a slew of new apps and updates which will have been pushed through the company’s review team panel.

Where iOS 11.2.5 is concerned, we don’t expect this second pre-release seed to contain anything of any great surprise, nor do we expect Apple to have gone through the process of embedding any new features or functionality for developers and testers to sink their teeth into. Like we mentioned with the earlier release of beta 1, this is a minor point release which exists to fix issues and bugs in what users are already interacting with rather than a meaty update like iOS 11.1 or iOS 11.2 which introduced or exposes brand new features or functionality.

Still, the importance of this build is there for all to see as you really can’t entirely benefit from a feature-packed release unless there is a follow-up release to improve the build and eradicate any niggles or known problems.

Apple has also found itself in a position recently whereby it has been forced to release software updates ahead of schedule in order to scratch out some semi-serious bugs and flaws. This iOS 11.2.5 version is an expected release – albeit one that seemingly jumped a few versions – to try and get the platform back on an even footing and get a number of the known issues ironed out and put to bed. Developers with a beta configuration profile installed on their device can grab the update now from Settings > General > Software Update section on their iOS device. IPSW files of iOS 11.2.5 beta 2 on the hand can be grabbed over from developer.apple.com.