It’s becoming increasingly difficult to keep up with what’s going on in the world of iOS jailbreaking, especially if you sit on the fringes of the community looking in on the odd occasion.

The developers behind Houdini, a “semi-jailbreak” tool which was released with iOS 10.3.2 compatibility earlier this month, have now confirmed that they are working to offer iOS 11 compatibility with a future release. 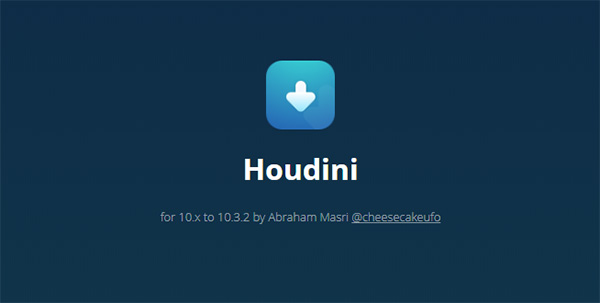 LaughingQuoll has confirmed that he is working on offering iOS 11 support for Houdini as part of a collaborative effort with original Houdini developer Abraham Masri. The original Houdini offering was initially announced during the first week of December and was unique in the fact that it was an IPA file sideloaded onto a non-jailbroken device offering a “semi-jailbreak” experience with the ability to install certain tweaks, apps, and themes.

Houdini was a great option for a lot of people who require the installation of very simple tweaks or experiences but was always going to represent a problem for those who wanted additional power and who needed packages to work through the use of Cydia Substrate. As Houdini isn’t a full jailbreak and doesn’t profess to be one or a replacement for one, those packages were never going to actually work.

The latest news on the project means that the developers are likely trying to use the recent async_wake exploit for iOS 11.1.2  by Ian Beer to make the app compatible with iOS 11.1.2 and below. Although with that said, today’s info doesn’t give any specifics on timescales, or indeed any guarantees that the team will manage to get something working.

I’m working on Houdini for iOS 11 with @cheesecakeufo if we get something that is userfriendly then we may consider releasing.

Like with most things jailbreak related at the moment, this is another one of those “wait and see” situations as to whether or not the team will actually be able to get iOS 11 compatibility, and if so, whether they opt to release it to the community. Given the successes with the initial version of Houdini and the fact that the same developer is responsible for Saigon jailbreak, we can’t really foresee any reason why a release wouldn’t be on the cards in the near future. But, as always, we will endeavor to keep you abreast of the situation as it progresses.