iOS 11 Beta 2: All New Features In One Place

Here are iOS 11 beta 2 new features and improvements for the iPhone and iPad which have been discovered thus far.

As you may already know by now, Apple recently seeded the second beta of iOS 11 to individuals registered and enrolled in the Apple Developer Program. That new version not only comes with a plethora of bug fixes and internal improvements, as noted in Apple’s release notes, but it also introduces a multitude of new features and changes skipped in Apple’s changelog. 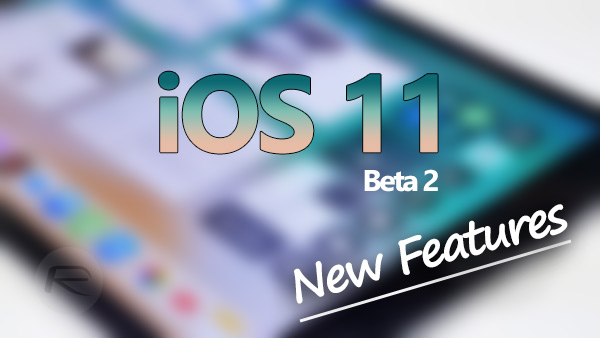 Since this is still only the second release in the beta cycle of iOS 11, we do expect it to be quite buggy for those wanting it on the main device. However, it’s a distinct improvement over the previous release and does actually contain some new inclusions. Here we take a look at all the notable ones.

Developers have instantly been given some additional power with Apple exposing the Experimental Features options within the Advanced settings of mobile Safari.

Beta 2 also makes some changes specific to iPad users. A new option allows the recently added ‘Show Recents’ feature in the Dock to be turned off if the user desires. That means iPad owners can simply choose to only show apps added to the Dock rather than be bogged with recently or frequently used apps.

This can be adjusted in Settings > General > Multitasking.

The recently added Files app has also seen some improvements thanks to a new Save to Files option in the native iOS Share Sheet, and essentially replaces the Add to iCloud Drive option.

Apple has also added dedicated support for Hindi Dictation for those who prefer to speak directly into the device,

You can now customize opacity level for AssistiveTouch.

Control Center has had a lot of love in iOS 11, and that continues with the release of beta 2. Users now have the option of disabling the ability to invoke the new Control Center within certain apps. This does, of course, still mean that Control Center is accessible when the user is on the main Home screen, so will still have access to that functionality.

– Do Not Disturb While Driving is now active

Do Not Disturb While Driving feature is finally active in beta 2. It works both with and without CarPlay.

Finally, for those who see no need to scan QR codes from stock Camera app, or who don’t want their device to automatically try to read QR codes when one is visible, there’s now an option to turn this scanning feature off.

Head over to Settings > Camera, and simply toggle the Scan QR Codes option to the OFF position.

When you press and hold on the tabs button in Safari, you will now see three options: Close All 3 Tabs, Close This Tab, New Private Tab, and New Tab.

It’s likely that Apple has a ton of new features and improvements in the pipeline for iOS 11 as it pushes the platform forward. But for now, that’s definitely enough for developers to sink their teeth into.