Apple’s recently released iOS 11 beta 2 has now been in the hands of developers for around 24 hours, and that means that some initial thoughts on its stability and performance have begun to be formed by those who have taken the plunge and installed it.

While this is still a very early beta release of software that undertakes some considerable changes to the operating system, it had been hoped that we would see an improvement in this second version, at least in the performance stakes. 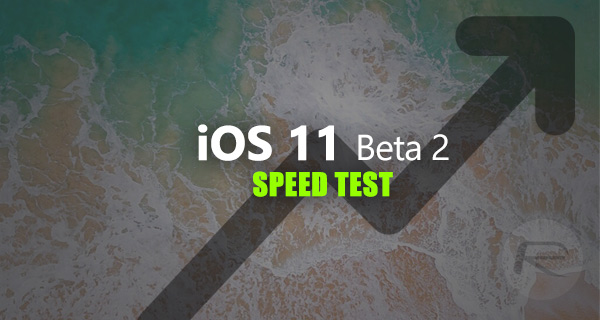 In order to try and ascertain whether that is the case or not, YouTube channel iAppleBytes has been able to install iOS 11 beta 2 on a handful of iPhones ranging from an iPhone 5s to an iPhone 6s, with the same hardware also tested alongside iOS 10.3.2. The idea is simple – run the devices with both versions of iOS installed, and see how they behave.

With iOS 11 beta 1 really struggling in the performance stakes, all eyes were on beta 2 to see if things have improved, particularly ahead of a public beta release that is expected in the coming weeks.

Without spoiling the videos for you too much, we think anyone holding out installing iOS 11 until performance has drastically improved might want to keep on waiting. Things are better, sure, but not hugely so. Add into the mix the fact that new bugs have been uncovered and that iOS 11 remains very much in its early development stages as far as beta quality is concerned.

iOS 11 is expected to be released to the public this coming September, shortly before the new iPhones are also made available to the public. We don’t yet know how many beta releases there will be ahead of that public debut, but seven or eight are numbers that Apple has reached in the past.