How To Get Batman Arkham Trilogy, Lego Batman Series For Free Right Now

Valve’s Steam store has always had a penchant for putting out mouthwatering deals on a frequent basis, but it seems it may soon have some competition. Epic Games is upping the ante by offering games, even entire series, for free on a weekly basis. This week, right in time for Batman Day, the Epic Games Store is handing out the Batman Arkham trilogy and every Lego Batman game for no charge.

The bundle includes Batman: Arkham Asylum, Batman: Arkham City, and Batman: Arkham Knight, as well as Lego Batman: The Videogame, Lego Batman 2: DC Super Heroes, and Lego Batman 2: Beyond Gotham. As offers go, this isn’t one to miss. The Arkham series in particular is action-adventure gold. The games aren’t just the best Batman games ever made but are arguably among the best titles in the history of the entire superhero genre. 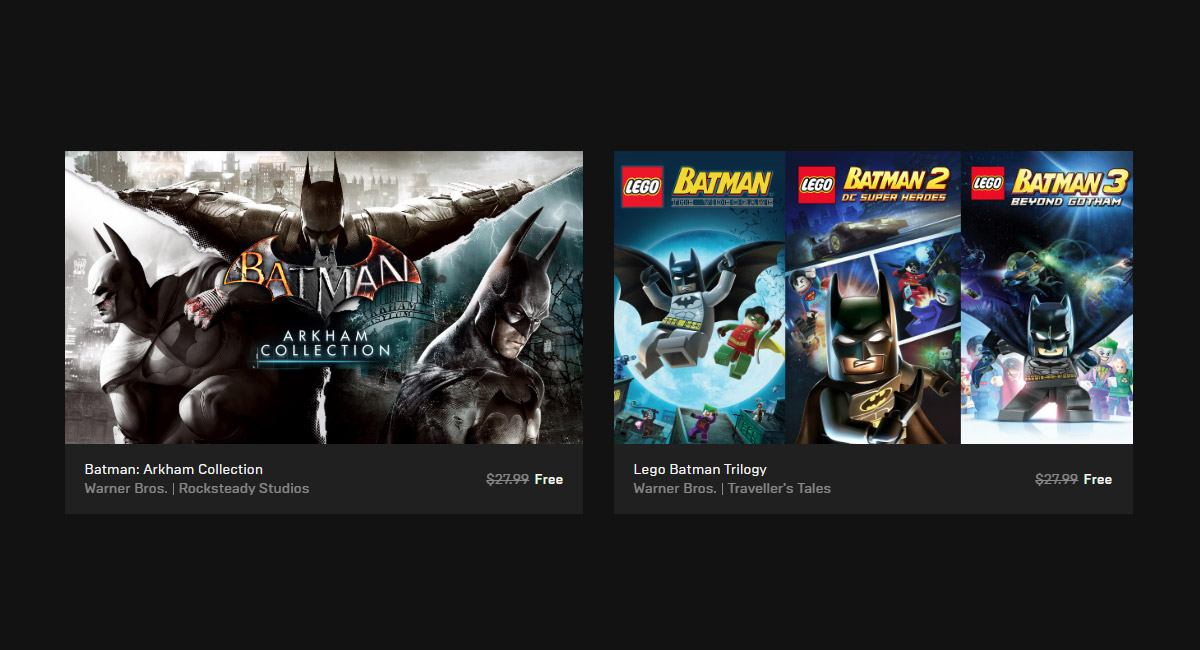 So how exactly do you avail the freebie? All you need to do is head on over to the Epic Games Store by pointing your browser to epicgames.com/store or opening up Epic Games Launcher on your PC, then sign in with your Epic Games account or sign up for a new one. On the store’s front page scroll down a couple ticks to find the free weekly games. Click on the Free Now thumbnail and you should find both the Batman Arkham trilogy and Lego Batman series inside. Click on either bundle followed by Get to add it to your Epic Games library.

Once the games are added to your library, they will stay there forever, ready to be downloaded to your PC through the Epic Games Launcher should you wish to play them.

We’d suggest getting right to it, though, as the offer is only valid till September 26.