Apple’s addition of quick replies to iOS 8’s Messages is the kind of feature that iPhone users have been begging for, but it is capable of doing much more. Wouldn’t it be great if you could also send quick replies to messages that come in from other apps, and other social services? The mind immediately turns to the ever popular WhatsApp messaging client, and with good reason.

WhatsApp is one of the most used messaging services around, and it’s extremely popular on iOS. While everyone hopes that WhatsApp will add some implementation of quick replies via the various iOS 8 APIs that surround actionable notifications, those with jailbroken iPhones can now get a slice of the quick reply action with not just WhatsApp, but also Kik. 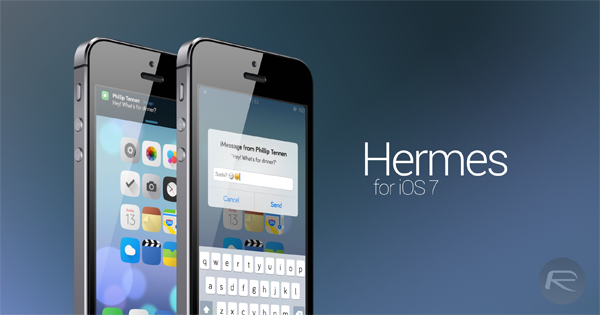 The jailbreak tweak that’s needed for this to work is called Hermes, and it’s available to download via Cydia right now. It’ll set you back a dollar, but given the tweak’s lightweight nature, meaning it’s not going to sit on top of existing frameworks and bog everything down, we’d call that asking price rather reasonable. 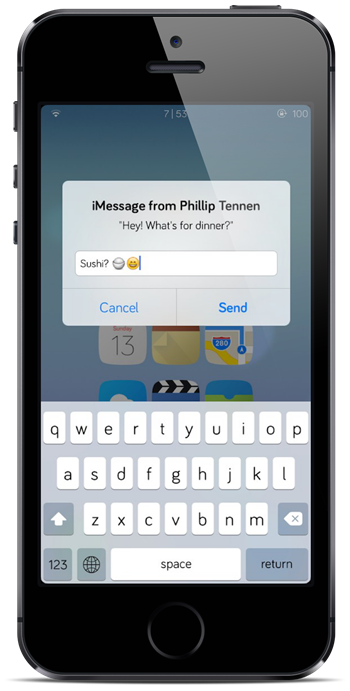 And that’s the main point of Hermes. It’s lightweight, and as such uses the existing iOS alert system so as to avoid unnecessary battery drain and resource hogging. If you’ve used alternative tweaks and had problems before, you might want to give Hermes a try before you write it off. 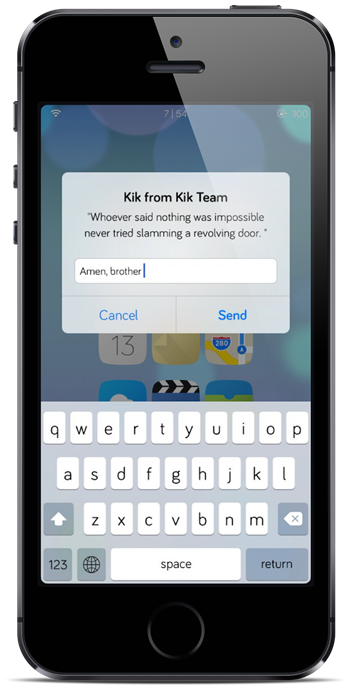 The release of iOS 8 is expected to come alongside the iPhone 6, making a late-September timeframe likely. It’s unclear as yet quite how much third-party apps will be able to do with the new actionable notifications, but we have all our fingers and toes crossed that there is enough wiggle room in the API to allow developers to come up with something special. 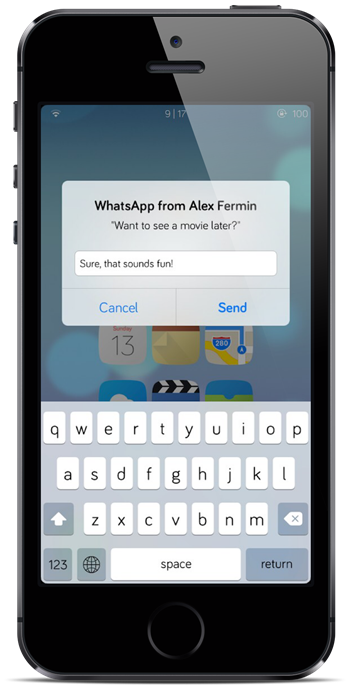 After all, it would be a shame to wait for actionable notifications for so long, and then get a neutered version in iOS 8.

Hermes is available from the BigBoss repo in Cydia, and will set you back just a dollar, as we mentioned before.

If Hermes doesn’t really float your boat, then be sure to give Auki, or Interactive Message Notifications a try.