How To Get iOS 8 Beta Style Interactive Notifications Feature On iOS 7.1.x

Apple’s announcement of iOS 8 brought with it plenty of new features, and one of those new additions was the ability to quickly reply to messages without having to stop what you’re doing. Something that has arguably been forgotten in the tidal wave of other new features, quick replies are something that have been on everyone’s wishlist for quite some time.

In fact, quick replying to messages has been such a highly wished for feature, that it’s spawned more than a few jailbreak tweaks. Now that iOS 8 is in the offing, similar jailbreak tweaks have rushed to offer as close to the original iOS 8 feature-set as possible, and quick replies are one example of where the jailbreak developers have it just right. 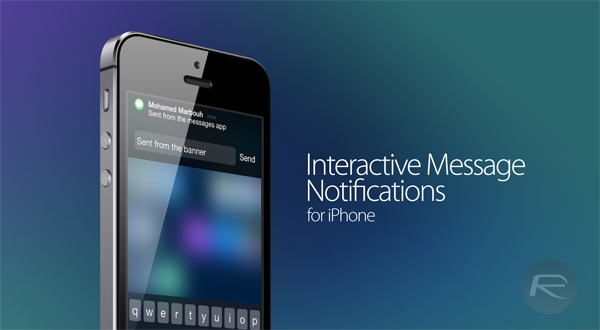 With the likes of Auki offering not just quick replies, but quick message composure and more, there’s no doubting that ‘Interactive Message Notifications’ is perhaps a little too bare for some people. It does exactly what that name suggests, and no more. If you simply want to be able to reply to messages without leaving the place (read: app) what you’re doing then this is for you.

And when we say bare, we really mean it. ‘Interactive Message Notifications’ doesn’t have any settings to configure, and is enabled as soon as its installed. 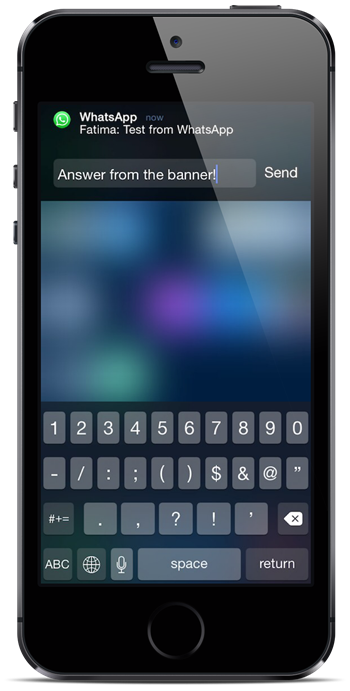 Receiving a new messages works as normal, but messages can be replied to right from the notification by swiping down on it. A text entry box appears, as does the keyboard, and away you go.

While options are scarce for ‘Interactive Message Notifications,’ it does support WhatsApp, which may be quite the draw if you’re into that kind of thing. Right now we think we might favor the more feature-filled Auki, but if you just want to spend a dollar rather than four, then you could definitely do a lot worse than ‘Interactive Message Notifications.’ 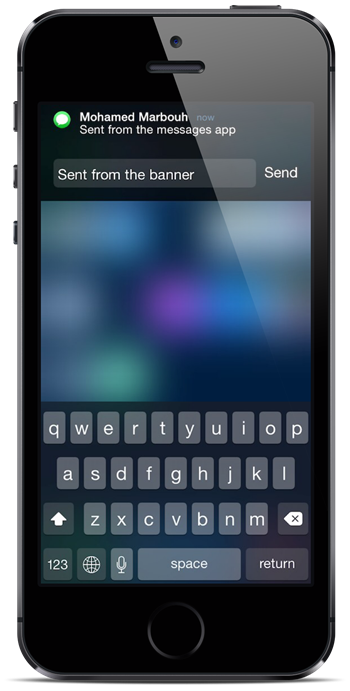 Like we mentioned, the package costs are a dollar, and is available to download from the BigBoss repo in Cydia.