When Apple received the go-ahead to begin testing self-driving car technology in California a couple of weeks ago, it was only a matter of time before people started spotting cars that were being put through their paces on the streets and that has now happened.

Not only has one of Apple’s cars been spotted, but it’s been photographed in the process of being tested, too.

The photos, shared by Bloomberg, shows a white Lexus RX450h SUV sat at lights, covered in the expected array of sensors and cameras that are needed in order for the self-driving car to work its magic. At the moment, all of the technology is very conspicuous, although should Apple actually sell the car or the technology it uses, we would expect it to look a little less like something out of a bad sci-fi movie.

Along with multiple cameras, the Lexus appears to have been kitted out with Velodyne Lidar’s 64-channel lidar as well as a couple or radars.

At the moment, it would certainly seem that all of the technology on the outside of this Lexus is hardware that can be bought from the companies that already specialize in such things, and if Apple is concentrating on software, then this is unlikely to change. However, this being Apple, we would not be surprised to see Apple-designed hardware used in the future. 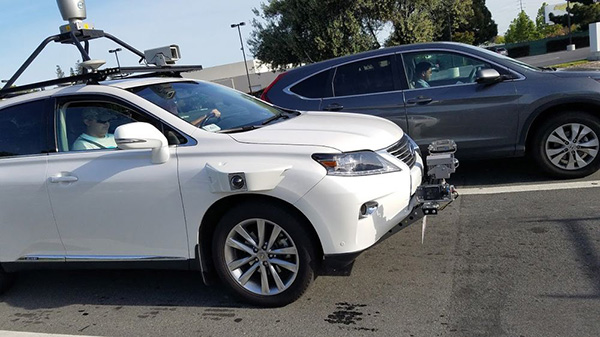 Apple has obviously not commented on the testing of self-driving cars, though CEO Tim Cook has often dropped hints that something car-related is ongoing within Apple. 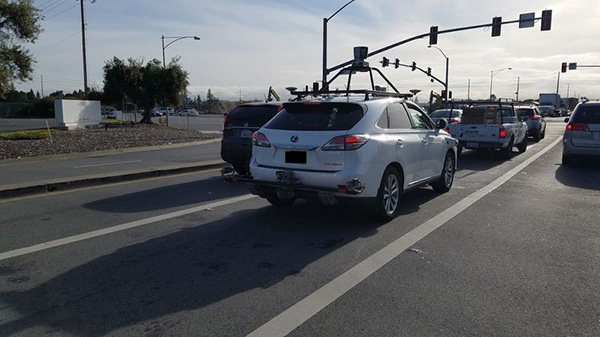 Project Titan, originally believed to be an automobile-based project has reportedly now been scaled back to focus on self-driving car software rather than a whole car, and this Lexus and the testing it is undergoing is believed to be the next step for that project.