Fallout 76 developer Bethesda today launched a new premium subscription service for the game. Called Fallout 1st, the subscription is valued at $12.99 a month or $99 for an entire year, with the core perk on offer being the ability to host private worlds for oneself and up to seven friends.

Bethesda says only the host of a private session needs to be a subscriber, and that invitees can continue playing even after the host has left as long as there is at least one Fallout 1st member in the world. For now, private worlds are identical to the game’s Adventure Mode, but the developer promises mod support is being considered for the future. 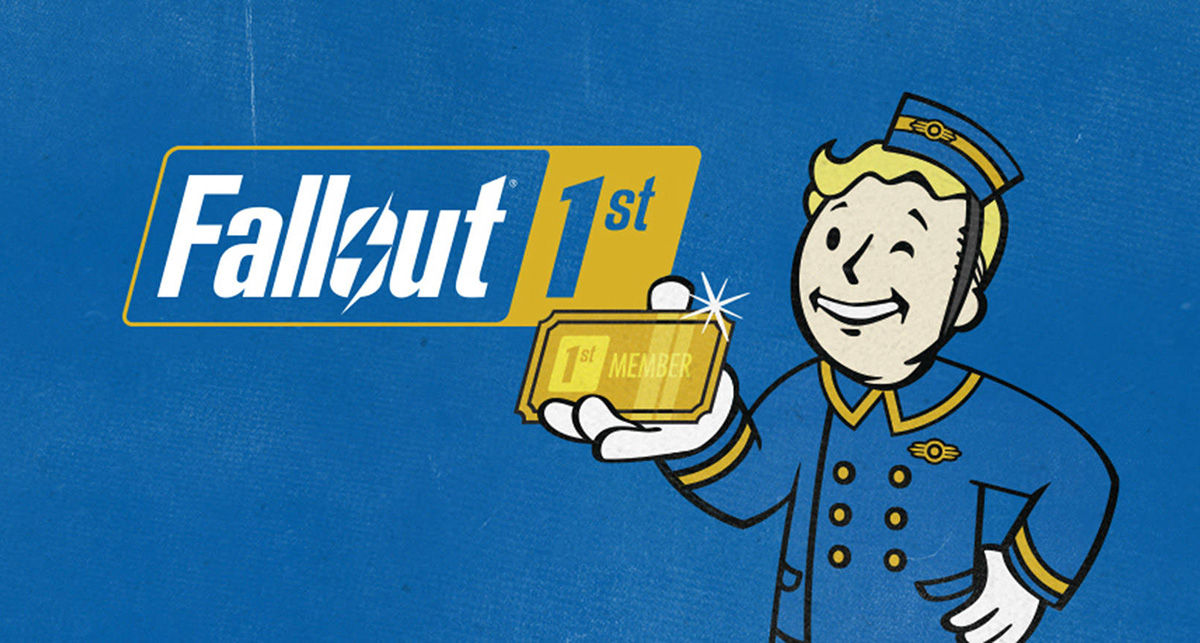 Private worlds will continue to evolve with new features such as expanded building areas, increased C.A.M.P. budgets and Workshop persistence. We’ve also received a lot of questions about playing Fallout 76 with mods and this, too, is something we’re excited to add to private worlds in the future.

That isn’t all there is to the subscription, however, with unlimited scrap storage, a new ready-made outpost called “Survival Tent,” 1,650 Atoms every month for the Atomic Shop, and exclusive cosmetics including a new Ranger Armor Outfit up for grabs.

Of course, all that would seem quite sparse to players not interested in private worlds. For most, these additional bonuses are unlikely to justify the subscription’s relatively steep asking price. 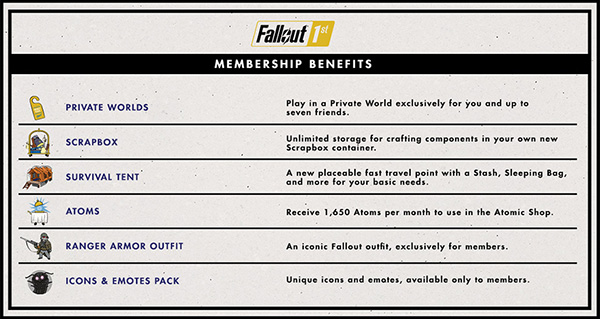 Over the year that it has been out, Fallout 76 has earned a somewhat poor reputation, largely owing to pre-launch troubles, a myriad of bugs in the final release, and a lack of NPCs, which many felt constitute the series’ trademark charm. Bethesda has since been hard at work putting out fires and improving the game. The studio added a new battle royale mode to the game earlier this year and then at E3, announced a massive “Wastelanders” update, which will add NPCs and additional story missions in the first quarter of 2020.

Private worlds too have the potential to help Bethesda make amends with the game’s estranged playerbase, more so after support for mods is rolled out, though the decision to lock the feature behind a premium monthly subscription may not sit well with everyone.