As promised, Facebook 3.2 for iPhone is now available on the iTunes App Store. The most significant change in this new update is support for Facebook’s new service called “Places”. Apart from this, this new version also finally brings new “Pull-to-refresh” feature like Twitter app, and uploading of photos and videos in the background (iOS 4 multitasking). Full change log is as follows. 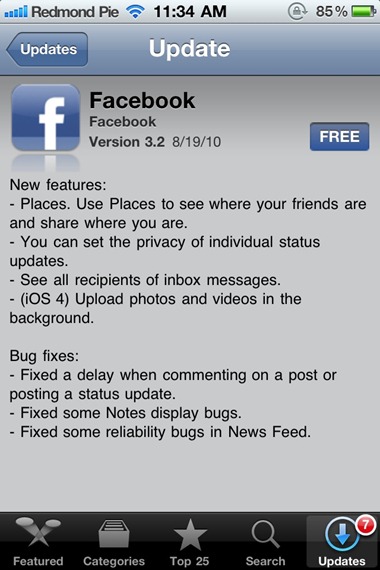 New features:
– Places. Use Places to see where your friends are and share where you are.
– You can set the privacy of individual status updates.
– See all recipients of inbox messages.
– (iOS 4) Upload photos and videos in the background.
Bug fixes:
– Fixed a delay when commenting on a post or posting a status update.
– Fixed some Notes display bugs.
– Fixed some reliability bugs in News Feed.

You can learn more about Facebook Places by following the link here. 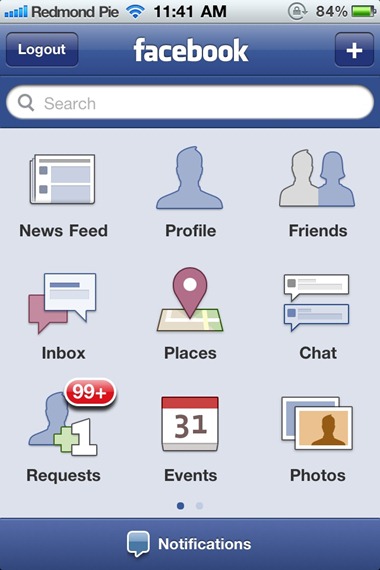 Last release of Facebook app was version 3.1.4 which brought support for iOS 4 and iPhone 4, while version 3.1.3 brought ability to play Facebook videos. The last major release was version 3.0, followed by version 3.1 which added Push Notifications back in January 2010.