Its here! Twitter has launched the official Twitter app for iPhone. For those of you who don’t know, the famous iPhone app named “Tweetie” was recently acquired by Twitter and now after a long wait, they have finally released it as “Twitter” for iPhone. The app is labeled as version 3.0 and can be downloaded for free from the iTunes App Store. Tweetie 2 was available for US $2.99 before acquisition. 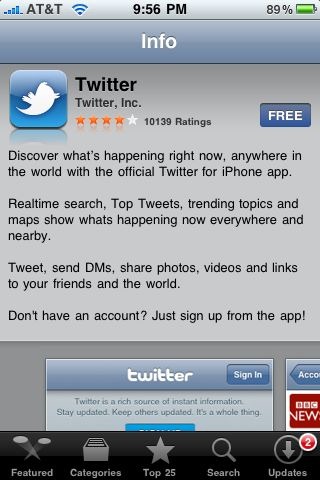 The app is still propagating through the App Store. We will let you know once it is fully available.

Last month, Twitter also released the official Twitter app for Android. More info on it can be found here.

UPDATE 1: Twitter for iPhone is now LIVE! Some screenshots (courtesy) from the official Twitter client is attached below. 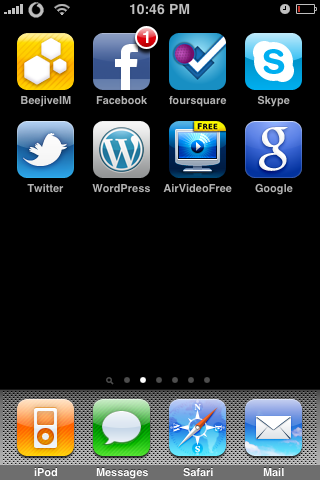 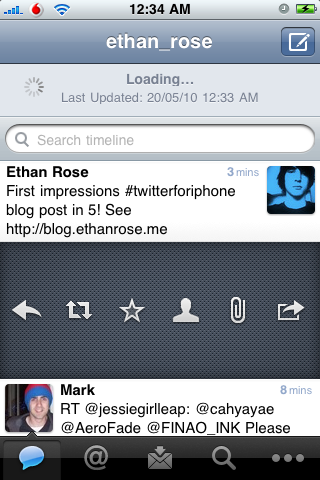 The old style retweet button is now gone. There is only way to retweet now, the same as the Twitter web interface.