Looks like Microsoft has really heard their users this time! This time they have really come up with some exciting new features which has really made Hotmail far more feature rich, and easier to use. Here are some of the most key changes that has been made to this latest version of Windows Live Hotmail.

Hotmail Highlights is the first page you’ll see when you sign into Hotmail. Updates like status messages, Facebook and Twitter updates, and even if someone just changed their display picture will be displayed here as news feed. While it may be useful for many, some of you may who like to crash straight into their mail inbox will find it annoying.

Unlike Gmail’s filtering (labels), sweep is really clean and simple. It doesn’t treat Email as spam, but rather it is a simple way of organizing which mail you would like to receive in your inbox, and which ones would you like to go in a separate folder. 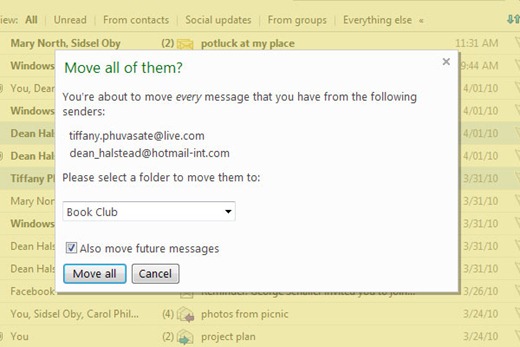 Send Files as Large as 10GB

Have something which is too large to send? Hotmail now has an answer to that! You can now send attachments up to 10GB in size! Take that Google! This limit is huge compared to Gmail’s tiny limit of 25MB, which at one time was considered as monster. Hotmail uploads your huge attachments to SkyDrive from where your files can be accessed by other users.

IM straight from your Inbox

Yes, it’s finally here now! Though Gmail had this feature for quite some time now, but Microsoft has done a terrific job embedding this feature right into Hotmail. It features tabbed conversations of your contacts from Windows Live Messenger. 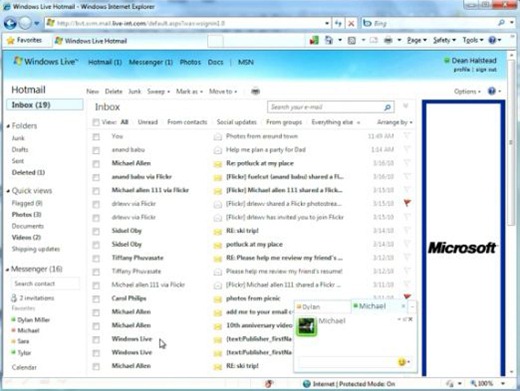 This is probably the best feature of the new Hotmail so far! You can now view or edit Office Documents right from your inbox and forward them to anyone! How cool is that? No need to install Office on your computer just to make minor changes on a certain document. View and edit your documents right from Hotmail.

Setting up Hotmail on your iPhone will now be a breeze! All your contacts, calendar items and Mail will be available right on your fingertips. The interface is very easy to understand and get around with, and you can view all your conversations in a threaded form, making it easier to follow on to a conversation. And there is no reason why such a functionality will not be built right into Windows Phone 7, and the later for Android phones. 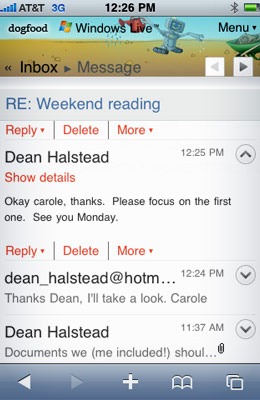 These are some of the features which were the most prominent in this new “Wave 4” Hotmail upgrade. You can check out the complete list of new features, along with video demos at Windows Live Preview’s website. Also let us know what you think about all these new features compared to other Email services like Gmail and Yahoo.