After a really long wait, but a worth one, Twitter has finally come up with an official app for the Android. It looks great, brewed by Twitter itself and integrates itself to the phone’s contacts list. 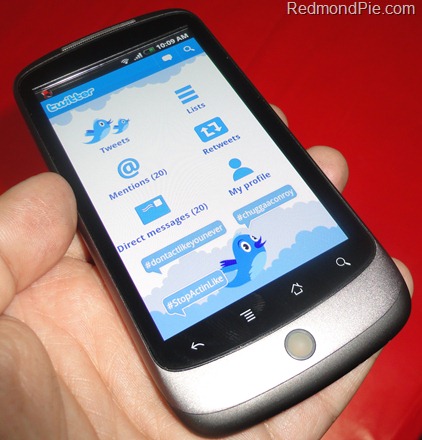 Some of the key features of the app are as follows.

You can download the Twitter app right now from the Android Market. Head over there from your handset and give the app a try. [via Twitter Blog]