Facebook version 3.1.4 app for iPhone and iPod touch is out! and it brings support for multitasking (aka app switching) in iOS 4, full high-res graphics which are optimized for Retina Display on iPhone 4, and some minor bug fixes. The full change log of Facebook 3.1.4 iPhone app is as follows. 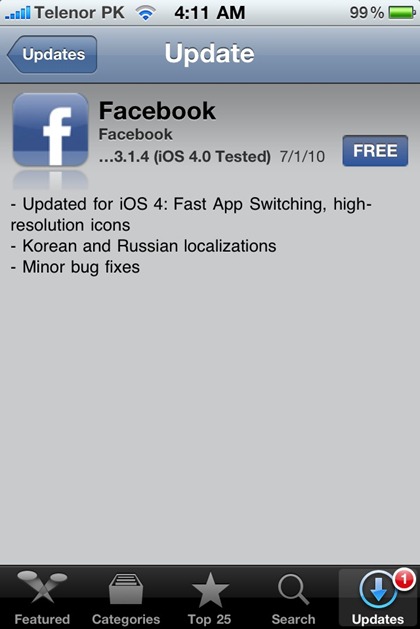 Unfortunately, the support for iPad is still missing. Since this version 3.1.4 update has just been uploaded to the App Store, it may take some time before it is available in all the iTunes international markets. 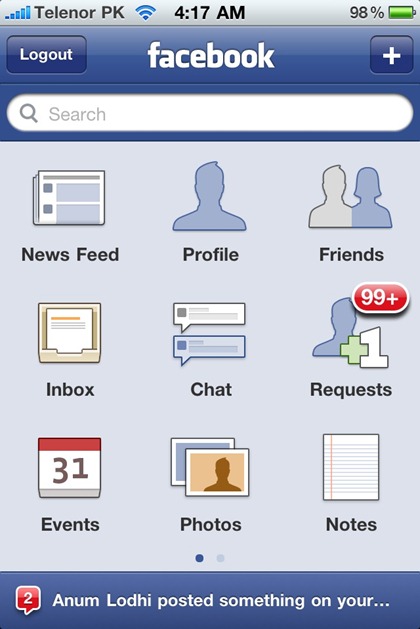 The last release of Facebook app was version 3.1.3 which brought ability to play Facebook videos. The last major release was version 3.0, followed by version 3.1 which added Push Notifications back in January 2010. [via TheNextWeb]