Having spent a fair amount of time in it’s beta stage, Dropbox for Android is finally available now for everyone to try on the Android Market. Syncing files from your Android device to the Dropbox cloud space will now be a snap! The whole idea is to enable you to store all types of media on the cloud space so that you can later on view it from anywhere, anytime, from any device. The Dropbox app for Android does this task as smoothly as it’s iPhone counterpart. 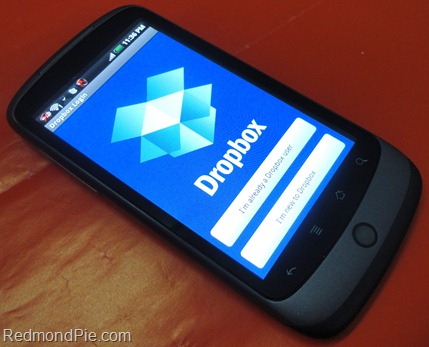 For those of you who don’t know, Dropbox is the highly popular and extremely useful web based file syncing service which can be used to sync files and folders between Windows PCs, Macs, iPhones, iPads, and now on Android phones as well. A client for Windows phones is in the works too. If you haven’t signed up for Dropbox yet, head over to the official Dropbox site here and sign up for 2GB worth of space for free! If you think 2GB is not enough for you, then you can consider upgrading to 50GB of storage for just $10 a month, or a whooping 100GB storage for just $20 a month!

We highly recommend that you give Dropbox a try. Check out Market from your Android device to download Dropbox. [via AndroidCentral]