Dropbox Arrives on the iPad !

The official Dropbox app for iPhone has been updated to bring the much needed support for iPad. This new version 1.2 of Dropbox takes full advantage of higher resolution screen space of iPad to display files and folders in a list menu. Also added is the ability to export documents from Dropbox to third-party apps on iPad like Pages, Keynote and GoodReader. 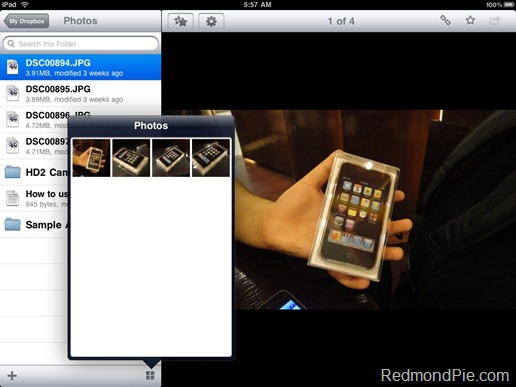 * iPad support
– Take advantage of all the features offered in Dropbox for iPhone from your iPad!
– Export documents from your Dropbox into third-party iPad apps.
* Better support for landscape orientation on iPhone & iPod.

For those of you who don’t know, Dropbox is the highly popular and extremely useful web based file syncing service which can be used to sync files and folders between Windows PCs, Macs, iPhones and now on iPads as well. A client for Android and Windows phones is in the works too. If you haven’t signed up for Dropbox yet, head over to the official Dropbox site here and sign up for 2GB worth of space for free!