Download: The Sims Mobile For iOS And Android Soft Launches, Here’s How To Get It Early

You can now download The Sims Mobile for iOS and Android early after the game’s soft launch today in select markets. Here are the details on it.

The Sims, the game that took the world by storm in the early 2000s but has since seen its popularity wane, now has a new title that has been added to its huge stable but this time, it’s mobile rather than a big console or PC release. Simply named The Sims Mobile, the new game is available for both iOS and Android, although at the moment, it is going through something of a soft launch – it is only available to those in Brazil. 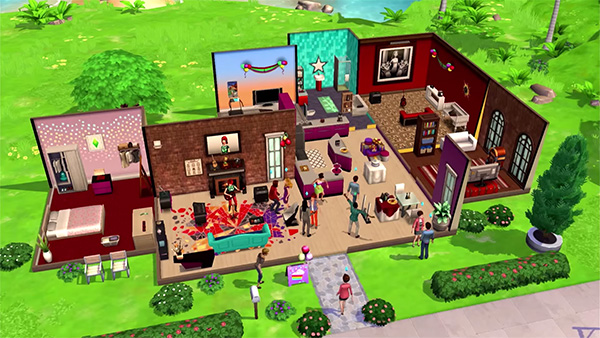 A free game with elements that will incorporate an aspect of social gaming, The Sims Mobile is based on The Sims 4 “legacy challenge,” which had players overseeing a family across multiple generations. In typical Sims fashion though, the usual fare of creating characters and designing their lives and homes accordingly will be at the forefront of gameplay. After all, that’s what The Sims games are all about.

While soft launching in Brazil today, it is unclear when those of us living internationally can expect the game to pop up in our respective app stores and EA isn’t sharing a great deal of information about the game at this moment in time. However, if you are an iOS or Android user, you can download it early by making yourself a free Google Play or Apple App Store local account for Brazil, should you really not want to wait. iOS users can follow the guide for doing that here: How To Create US, UK Or Any App Store / iTunes Account Anywhere In The World.

This is not the first time EA has given The Sims a try on mobile. The Sims Freeplay originally launched on iOS back in 2011 before also making its way to other platforms, although it is perhaps surprising that it has taken a further six years for the company to have another bash at it. We will have to wait and see whether this game was worth the wait.