You can now download Kodi 17.5 RC1 (Release Candidate 1) for Android, iOS, Windows, and Mac, as well as other platforms with immediate effect. Here are the details.

The XBMC Foundation has taken the opportunity to silently update the latest available version of Kodi to 17.5 RC1 over the previously supplied nightly builds, which is great news for those Kodi fans prepping for the eventual introduction of Kodi 18. 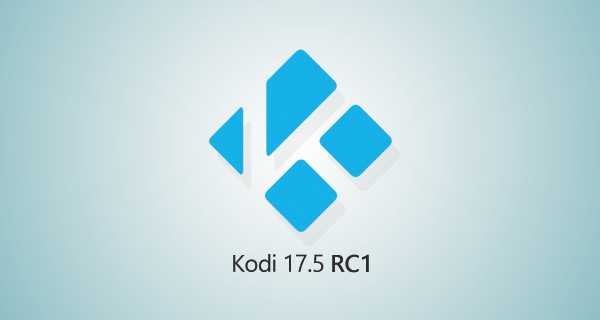 The XMBC Foundation is getting extremely good at sneaking little builds out like this without actually providing a ton of accompanying information. The aforementioned 17.5 nightly builds were slyly served into the public domain without much of a song and dance, and the Foundation appears to have followed suit with this 17.5 Release Candidate 1 build. Unfortunately, we don’t have a great deal of information alongside about the release, so, as in previous instances, we have to take an educated stab at the improvements made.

As for those improvements, it’s highly likely that Kodi 17.5 RC1 contains a number of bug fixes, internal improvements and under-the-hood enhancements which are put in place to give a positive user-experience across all compatible platforms capable of running this version of Kodi. The team may have also added patches for a number of security issues which have been present on a variety of platforms. All-in-all, Kodi 17.5 is laying the solid foundations required for the team to transition into the larger Kodi 18 release which will likely come in the foreseeable future.

Kodi has been going from strength-to-strength recently with the huge improvements and progression made to the platform. The team, which is spread out across the world, has been clearly putting the hours in to ensure that Kodi continues to live on in its current version as well as way beyond with future iterations.

For those interested in the platform, and interested in getting their hands on the latest version, Kodi 17.5 RC1 is available to download right now for iOS, Android, Windows, Mac, and all other supported platforms with immediate effect from here.

There’s no official word yet on when Kodi 18 will be released into the wild, or for that matter when will final version of Kodi 17.5 will drop, but with the XBMC Foundation setting the scene with this RC1 release, and the fact that we have already heard small tidbits and some reveals of Kodi 18, it’s not going to be long until it’s here and we can get our hands on it across multiple platforms.