Apple’s iPhone 8, or iPhone Edition, or even iPhone X, depending on which way the wind is blowing, will likely be Apple’s most costly iPhone ever with an expected starting price of somewhere in the ball park of $1,000.

Apple’s iPhones are rarely what we would consider inexpensive, but at $1,000 price few can argue that the new iPhone will not be kicking things up a notch with regards to pricing. According to Barclays analysts, Apple may have an ace up its sleeve in order to try and justify that huge asking price. 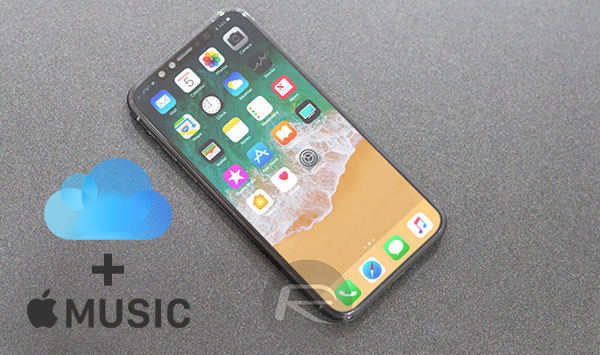 In a report shared by Business Insider, a team of Barclays’ analysts, including Mark Moskowitz, claim that in order to make the iPhone 8/X/Edition price more palatable, Apple may go so far as to offer some of its services for free, at least for 12 months of ownership. In particular the belief is that a year’s use of Apple Music as well as 200GB of iCloud storage may be on the table with each new iPhone 8 purchase, something that while unlikely to make the new iPhone a bargain, will at least reduce that shock factor a little. At least, assuming you wanted both the iCloud storage and Apple Music in the first place.

Right now, In the U.S., one year of Apple Music costs around $120 at $10/month, while a 200GB monthly iCloud subscription runs at $2.99/month which works out to to around $36 each year. Based on those numbers and with the least expensive iPhone 8 at $1,000, users would actually be paying around $844 for the smartphone and $156 for the services that are thrown in for “free.”

Barclays analyst Mark Moskowitz and his team think they have figured that out, positing that Apple could offer free subscriptions to Apple Music and 200 GB of iCloud storage for one year, a deal worth $156, to anyone who buys iPhone 8. That would bring the perceived cost of the phone down to a potentially more palatable $844.

The analysis also takes into consideration the number of units that Apple may be able to sell with, or without the bundles.

Moskowitz’s analysis is based on a survey of wireless-service customers. It found that at $1,000, Apple might sell only about 40 million incremental iPhone 8 units. But if the new device were bundled with an Apple Music and iCloud storage deal, it found, Apple would sell 64.4 million incremental units. 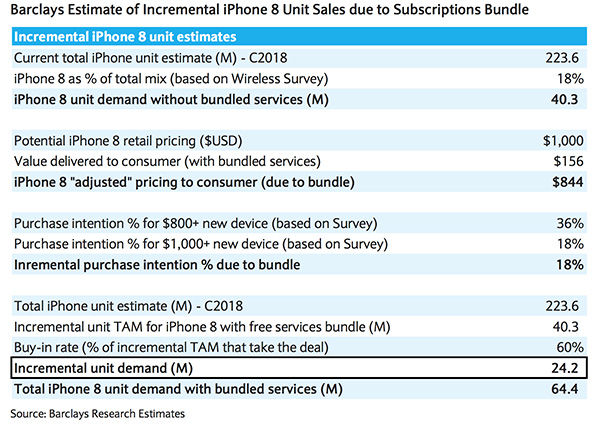 This all of course only makes sense from a buyer’s perspective if an Apple Music and iCloud storage subscription is something that you would be buying anyway, otherwise you really are not going to save any money at all. Something perhaps worth bearing in mind if this does turn out to be accurate.