Download And Install Kodi 17.3 On iOS 10 iPhone Or iPad [No Jailbreak Required]

You can now download and install Kodi 17.3 IPA on your iOS 10 powered iPhone or iPad. Best of all, no jailbreak is required for this to work.

Great news media fans; Kodi 17.3 is now available for non-jailbroken devices. That means that just about any iOS 10-compatible iPhone, iPad, or iPod touch device is now capable of running the latest Kodi 17.3 Krypton release. And as mentioned earlier, you don’t even need a jailbreak to install it. 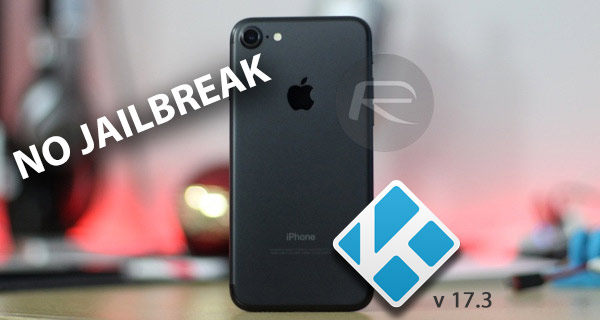 It’s always wonderful to see a team of developers, engineers, and creatives release a new version of a particular platform that consumers are passionate about. But it’s also worth putting that release into context and understanding what’s been changed and what the primary focus of the new version is. The version numbering should give it away, but if not, version 17.3 of Kodi is predominantly a security and patch fix which solves some of the issues that managed to creep into Kodi 17.2. Specifically, the fixes provided in version 17.3 are outlined below:

Those changes and fixes and are in addition to the improvements and compatibility updates that were bundled into the recently released Kodi 17.2. In short, version 17.2 included critical security fixes, but it also came with a couple of oversights which should never have made it into the light of day. These oversights have now been fixed, leaving Kodi 17.3 as the release that Kodi 17.2 should have been.

All of the aforementioned changes, and likely a slew of additional updates and under-the-hood improvements which haven’t been mentioned, are already in place with the Kodi 17.3 release. To get up and running with the latest version on a non-jailbroken iOS device, all you need to do is grab the IPA file from here (includes both 32-bit and 64-bit versions of Kodi), prime your device and prepare yourself mentally for that installation. Oh, and you’ll need to follow the installation instructions for sideloading IPA files.

If your iOS 10 device is primed and ready, and you find yourself in a position to go through the full Kodi 17.3 installation procedure, then carry on reading for full instructions on how to do exactly that. With the IPA in your possession, you simply need to follow our previous guide on the installation process right here.