President Donald Trump’s iPhone Only Allows Access To One App

We all know how much U.S. President Trump likes to send inflammatory or downright odd tweets to the world, and we also know that he used to do his tweeting from an old Samsung device that was showing its age as far as security was concerned.

With that, the news that he is using an iPhone these days should perhaps not come as that big of a surprise, but news site Axios reports that the Trump phone only has one app accessible on it – Twitter.

According to the report, the president’s staff has to keep him busy in order to avoid him having too much time on his hands and thus limiting the amount of cable TV he can watch and tweeting he can do. That fact, if true, is amazing. Who would have imagined the leader of the free world would be managed in the same way you would a child?

Top White House officials tell me the key to forcing a more disciplined President Trump (like the one onstage overseas) is limiting his screen time. In Trump’s case, it’s curtailing his time watching TV and banging out tweets on his iPhone.

Trump himself has been pushing staff to give him more free time. But staff does everything it can to load up his schedule to keep him from getting worked up watching cable coverage, which often precipitates his tweets. It has worked well overseas so far. 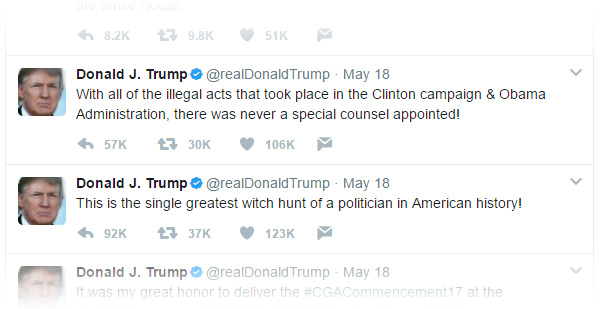 There are, of course, device management tools that allow administrators to control which apps are visible on iOS devices, and controlling which apps can be installed is also very much something that can be done as required. We doubt the people looking after the president’s phone are using the same tools as, say, school I.T. departments, but the end result is still the same – stopping someone from doing something they shouldn’t because they can’t be trusted.