Apple has just flipped the switch and made available iOS 9.2.1 download links for all supported iPhone, iPad and iPod touch models. 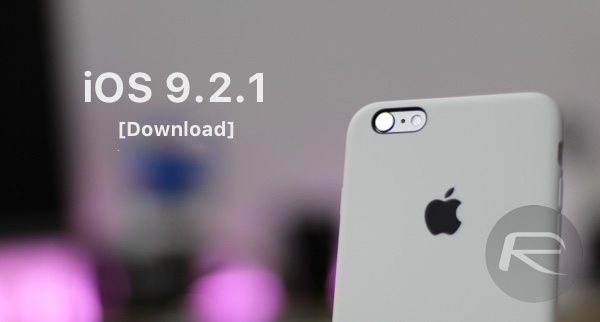 This update contains security updates and bug fixes including a fix for an issue that could prevent the completion of app installation when using an MDM server.

If you don’t care about jailbreaking though, you can update your device to iOS 9.2.1 using OTA (Over-The-Air) method. Simply head to Settings > General > Software Update and update directly from there. 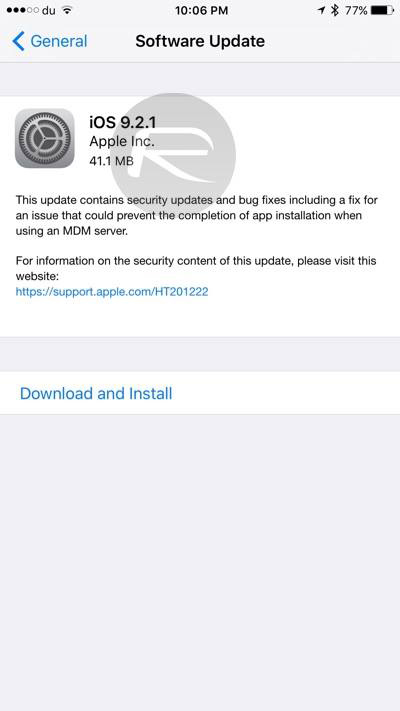 Alternatively, if you want to clean install iOS 9.2.1, you can do so by restoring the IPSW file from iTunes. Just make sure you backup everything before hitting that Restore iPhone button.

Direct download links of iOS 9.2.1 IPSW files for all supported iPhone, iPad and iPod touch devices are linked below.

Update x2: iOS 9.2 is now no longer being signed, which means downgrading from iOS 9.2.1 is now not possible.

Update x3: A newer iOS 9.2.1 build 13D20 is now available to download for select devices. The download links for newer build have been added above. Details on the new iOS 9.2.1 build can be found here: iOS 9.2.1 13D20 Released To Fix Error 53 On Bricked Touch ID iPhones And iPads.