Apple has just released iOS 9.2.1 beta 1 download to the developers registered in the Apple Developer program portal. This beta release comes only a week after Apple released final version of iOS 9.2 to public.

Carrying the build number 13D11, this pre-release seed can be downloaded right now from the Member Center on Apple Developer site by those who are registered and enrolled in the developer program. 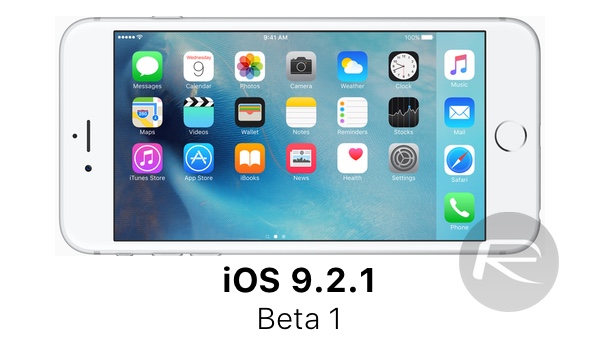 This seed is currently not available to public beta testers but it is only a matter of time before Apple makes it available to those registered in Public Beta program.

As for what is new in this iOS 9.2.1 beta 1 release, unfortunately Apple hasn’t released any official changelog yet so we don’t know for sure what new changes are included here. But since this is a minor point release, it is likely that this updates includes bug fixes and performance improvements, and has been pushed just before the Christmas holidays so that developers and testers have ample time to give it a test run on their iPhones and iPads.

While the final release of iOS 9.2, released only last week, did not offer any considerable performance improvements, it did address a long list of bugs that were present in previous release, that was iOS 9.1. It also included feature improvements for Apple News, iBooks, Mail, Apple Music, and more.

If you’re not a developer and are not registered in Apple Developer program, you can sign up on the Apple Public Beta program and wait for Apple to roll out the public beta version of iOS 9.2.1, which as mentioned earlier could be pushed anytime now. These days any developer beta release of iOS is always followed by a public beta release so it shouldn’t be long before iOS 9.2.1 hits public beta channel. You can find the instructions on how to sign up for Apple’s iOS Public Beta program here.

We will update this post with more details about iOS 9.2.1 beta 1 as and when additional information becomes available. Stay tuned.