Apple today has released a new version of iOS 9.2.1 with build 13D20 compared to the original build 13D15 which was initially released as final public build of iOS 9.2.1 when it launched last month.

This version of iOS 9.2.1 is released specifically for the newer Touch ID-enabled iPhone and iPad models, which includes the iPhone 6/6 Plus, iPhone 6s/6s Plus, iPad Pro, iPad Air 2 and iPad mini 4 & 3, to fix “Error 53” which bricks devices when a third-party Touch ID repair is performed on one of these devices. 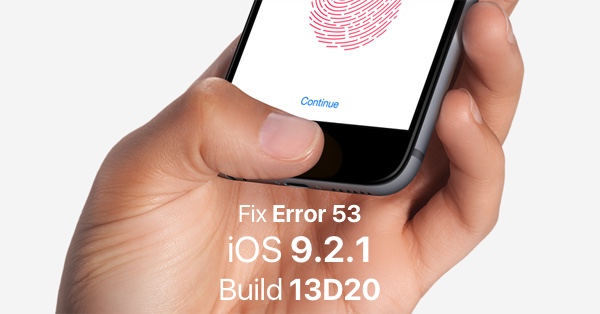 Alongside releasing this patched version of iOS 9.2.1, Apple has also posted a dedicated support page on its website with details on error 53 and how to go about fixing the problem.

Make sure that you have the latest version of iTunes.

Try to restore your device again.

If you still see error 53 when you try to restore your device, contact Apple Support.

It is important to note that Apple is not issuing this newer build as an OTA or iTunes update for all devices. Only those Touch ID devices affected by error 53 are required to download and install the newer 13D20 build of iOS 9.2.1 as a fresh manual restore from iTunes. The rest of you don’t need to do anything and should stay on iOS 9.2.1 build 13D15. 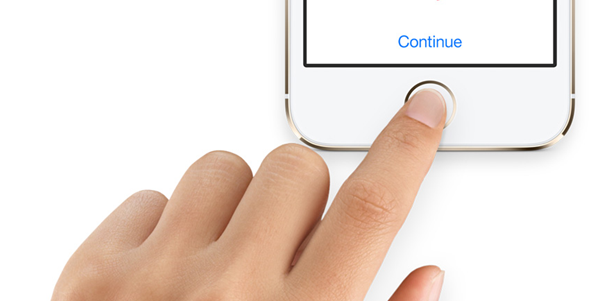 What caused this issue in the first place, is that Apple being extremely cautious with the privacy of its customers, has some checks in place when booting up newer Touch ID-enabled iPhones and iPads. Put simply, Apple uses a coprocessor which houses the Touch ID keys and are totally independent of the rest of the device. When booting up an iOS device, iOS 9 runs a couple of checks to make sure that the integrity of the Touch ID and Secure Enclave is intact, which definitely isn’t after a repair work is performed on Touch ID from an unauthorized shop. Before today, when iOS was updated on a device which has had a third-party repair done on its Touch ID button, it resulted in device throwing error 53 and deliberately getting bricked to protect user’s fingerprint data. Updating such a device to iOS 9.2.1 build 13D20 will now bring the device back to life and in working condition, but will still have its Touch ID button disabled to protect fingerprint information unless and until it goes in for service either at Apple or one of its authorized repair centers.