There are definitely worse things that you can buy for $85.99 than one of Motorola’s Moto G smartphone. If you are currently using an iOS or Android-powered smartphone, but have been looking for a spare device, either for traveling or just taking with you as a backup, then the first-generation fully unlocked Moto G for $85.99 is definitely one that’s worth taking a peek into. The deal offers a staggering 57% saving on the regular list price, but act quickly if you’re interested, as the price is set to rise back to normal in a day’s time.

The lowest price offering on the Moto G appears to be limited to the 16GB Black U.S. GSM unlocked variant of the device. Purchasing the hardware will get you a fairly respected, albeit budget-esque smartphone, that was initially introduced to the market back in November 2013. The hardware comes with a 4.5-inch 720p TFT display, accompanied by a quad-core 1.2GHz processor. Additional hardware specifications include a 450MHz graphics processor, along with 1GB LPDDR2 RAM. Not exactly an internal specification to shout loud and proud about in comparison to other devices on the market, but for $85.99 you can’t really grumble too much. 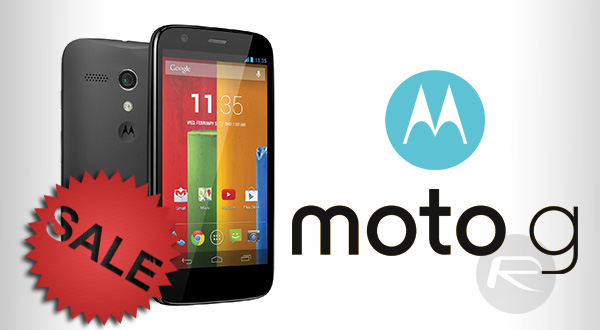 The camera setup on the hardware isn’t exactly one that will make today’s modern devices shudder with green eyed envy, but there’s still a capable solution going on here. The 5-megapixel rear-facing shooter is accompanied by a forward-facing option that should be good enough to capture decent enough images for whoever’s hand this smartphone falls into. There’s also the added benefit of the phone shipping fully unlocked meaning that it will essentially work with a SIM card from any GSM carrier, like AT&T and T-Mobile.

If you’re entirely realistic about what the first-generation Motorola’s Moto G is all about, then it’s a really excellent price for what could potentially be a great secondary backup smartphone. 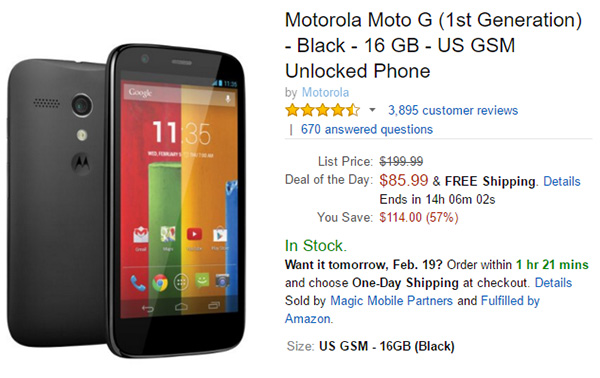