If you were to ask a fellow techie their top 10 picks for best smartphones of the year, I can almost guarantee you that the Samsung Galaxy S4 would be on the list. Even though Samsung have an early yearly release cycle, their flagship often set a bar which manufacturers strive to meet in the following months. With this being said, after unboxing Moto G and playing around it, it struck me just how good it’s performance actually is for a sub-$200 smartphone.

Even though I doubt many people will be in the situation where they are deciding whether to purchase the Moto G, or the Samsung Galaxy S4, comparing the two provides a useful performance benchmark to illustrate just how impressive the Moto G actually is. Spoilers aside, you’ll want to watch the comparison video below. 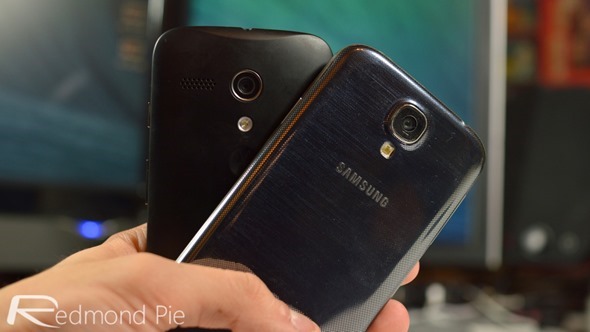 One thing which particularly stands out with the Moto G, is it’s display. When producing a smartphone on a lower budget, the display is often an area in which manufacturers take shortcuts. As it’s the thing you interact with most on a smartphone, I’m extremely happy that Motorola have taken no such route. Rocking a 4.5 inch panel of resolution 1280 x 1720, the Moto G has an effective pixel density of 329 pixels per inch. As a comparison, the iPhone 5s retina display, sports a pixel density of 326 pixels per inch. Of course this panel isn’t anywhere near on par with the 1080p giants like the Samsung Galaxy S4 which costs around $649 for the unlocked version in the U.S., or the HTC One, but it’s impressive none-the-less to see a (close to) matching pixel density as the iPhone 5s, on a $179 smartphone. 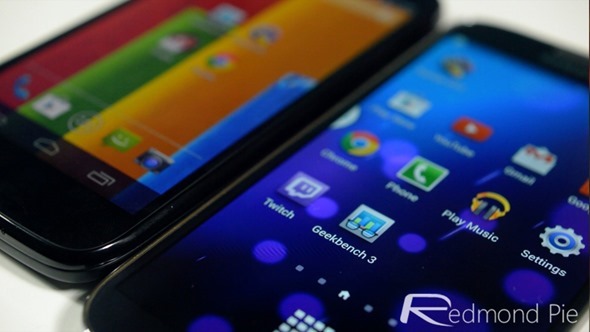 On the Moto G, you’ll find Android 4.3 Jellybean, with an update to Android 4.4 KitKat promised in early 2014. Whilst the performance and functionality of the Moto G is already stellar for the price, it’s heartening to know that an early KitKat update will improve the performance even more over the bar set by it’s budget. If you’re looking for a solid smartphone, that most certainly isn’t going to burn a giant hole in your pocket, the Moto G is seeming like an excellent option. With the recent Moto X price drop popularity boom, it’s clear that the public have high demand for smartphones which still perform well, but don’t break the bank.

So, while Moto G may not have all the raw power of Galaxy S4, it costs around one-forth of the price for the unlocked version, which is a steal given the build quality and performance of the device, as can also be seen in the video above. If you want the most powerful and feature rich Android phone on the market, and budget is not the concern, Galaxy S4 is the way to go. But if you want vanilla Android experience with the features and performance nearly as good as the S4 for 1/4th the price, the Moto G is a no brainer!