Earlier on in the year, Google made a move which some people deemed clever, some foolish. With the expertise that comes with being one of the world’s largest software companies, Google doesn’t have the best credentials when it comes to hardware production. The answer? Purchase an already existing, well thought of, manufacturer. In this case, Google purchased the then-struggling Motorola Mobility to head their mobile device production.

A few months after this purchase went through, we got a look at the first smartphone to come out of the new collaboration between the two companies in the form of the Moto X. Widely considered to be within the top 10 best smartphones of the year, the Moto X seemed to be Motorola’s answer to a smartphone that just works for consumers. Now, nearly 6 months since Google’s acquisition of Motorola, we’re seeing a slightly more active production line. This time presented in their newest budget smartphone, the Moto G. Coming in at just $179 for an 8GB unlocked handset, the Moto G is bordering on impulse-purchase territory. That wouldn’t be so impressive, until you hear that under it’s hood, the Moto G packs a 1.2GHz quad-core processor alongside of 1GB of RAM. 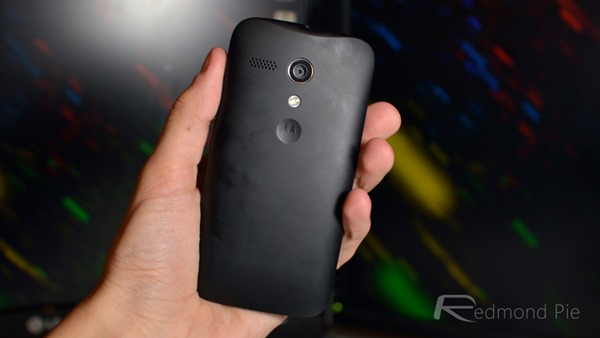 The Moto G arrived at my door this morning, so naturally I had to share with you the first boot alongside the unboxing experience of this cheap, yet not so cheap Android smartphone.

Another considerable selling point for the Moto G, or indeed it’s older sibling the Moto X, is the fact that both run as close to stock Android as you’re likely to get buying directly from a manufacturer. Motorola’s Android skin is no more, and when you boot up the device for the first time you’ll be greeted with Android 4.3 jelly Bean and a few Motorola pre-installed apps. A small price to pay for that vanilla Android experience. What’s more, Android 4.4 KitKat will be making it’s way to the Moto G in ‘early 2014’. 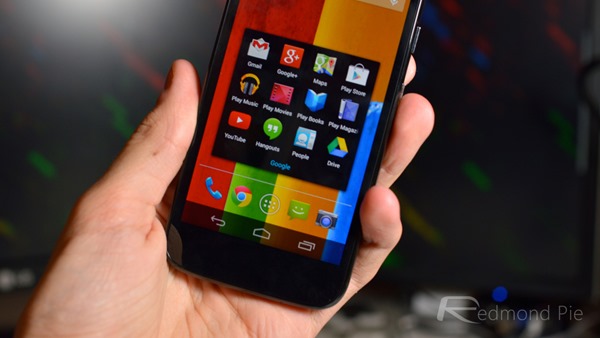 The thing that has surprised me, and indeed a lot of the technology community, whilst using the Moto G, is just how good the actual performance is. From an initial testing phase, it seems that phone has almost no problem at all running Android 4.3, and I have yet to encounter any issues with stuttering or performance issues. Of course, we’ll be putting this thoroughly to the test, and providing you with speed comparisons and much more of the new Moto G, so stay locked to Redmond Pie.