While there’s no full changelog available as yet for iOS 9.2.1 beta 2, but if a recent support document published by Apple is anything to go by, Apple is gearing iOS 9.2.1 mainly as a bug fix update for iOS 9.2, which was released in early December. 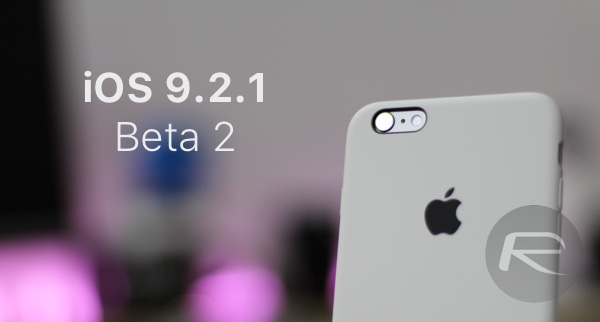 iOS 9.2.1 beta 2 is currently available to those developers registered on Apple’s Developer Program but it should soon be available as an OTA update to those enrolled in Apple’s Public Beta Program as well.

There are two ways to install the second beta of iOS 9.2.1. If you are running final version of iOS 9.2 or below, you can update to 9.2.1 beta 2 by restoring your device with IPSW file downloaded from Member Center on Apple Developer site.

If you are already on first beta of iOS 9.2.1, simply head to Settings > General > Software Update on your device to get the update directly using Apple’s OTA (Over-The-Air) update mechanism.

We’ll update the post here as soon as we know more about this update. We’ll also let you know as soon as iOS 9.2.1 beta 2 is available to those registered as public beta testers.

If you have already updated to iOS 9.2.1 beta 2 and spotted something new, don’t forget to share it with us in the comments section below.

Update x1: Apple has now made iOS 9.2.1 beta 2 available for public beta testers as well. If you’re already running beta 1 of iOS 9.2.1, simply update directly via OTA update from Settings > General > Software Update. If this is the first time you’re installing a public beta, you need to first enroll yourself. It’s available for free. You can find more details on it here.