We are now well and truly inside of the nucleus of Apple’s iOS 14/iPadOS 14 release schedule. Excitement levels were at an all-time high when the initial developer previews were released in early June. Developers from all over the world immediately bombarded Apple’s servers with download and installation requests in order to interact with all of the new features and functionality that had just been announced at the revamped 2020 WWDC. 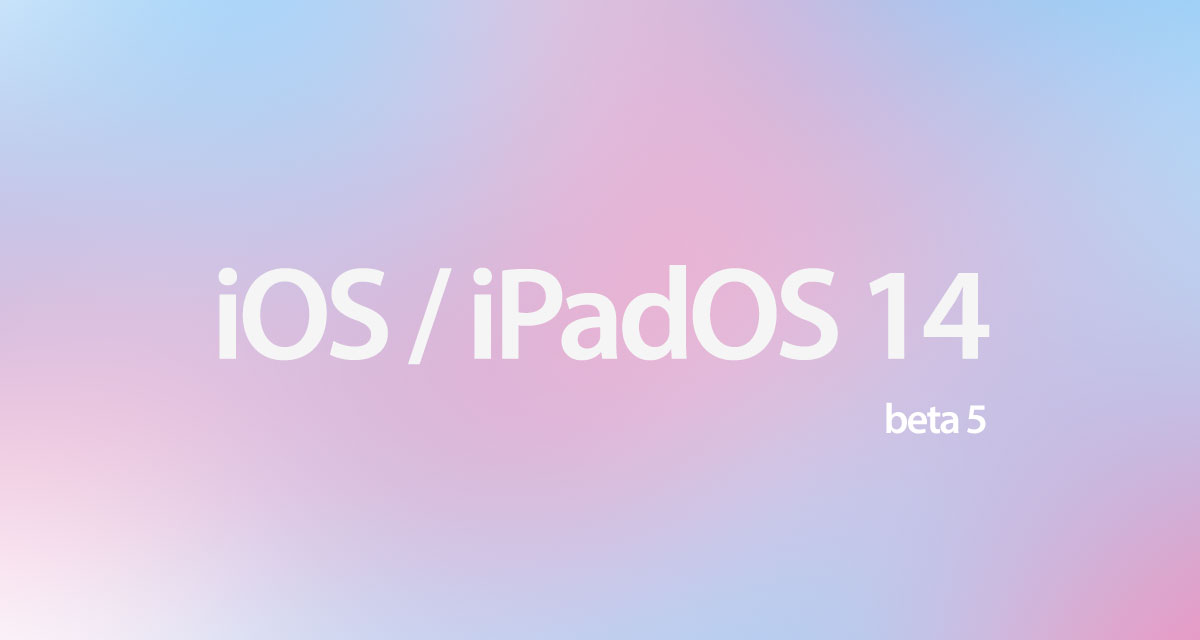 That excitement may have somewhat died off in the time that has followed but there are still passionate developers and device owners dotted all over the globe who love nothing more than grabbing Apple’s latest pre-release seeds in order to put the package through its paces and see how close the company is to creating an OS that’s capable of being put into the hands of the public. This latest seed is Apple’s fifth iOS 14/iPadOS 14 release and signifies the fact that things are starting to hot up as Apple approaches the top of the hill in preparation for a downward descent to release day.

With iOS 14 and iPadOS 14, iPhone and iPad owners can look forward to a slew of changes and improvements. When it’s ultimately released later this year, device owners can benefit from a brand new Widgets experience, a new App Library that automatically organizes your app installations, and a brand new compact phone call experience that minimizes how much of the screen is taken up when a call is in progress.

The Messages app has had an overhaul. Apple is introducing a new feature called App Clips. Apple Maps is now better than ever and there is a brand new Translate app that supports 11 different languages.

If you’re after download links for a fresh installation of iOs 14 or iPadOS 14, then you can get the relevant IPSW links directly from developer.apple.com. Alternatively, if you already have one of the earlier betas installed on your device or have the correct beta installation configuration profile then you can grab iOS 14 beta 5 and iPadOS beta 5 as an over-the-air update.